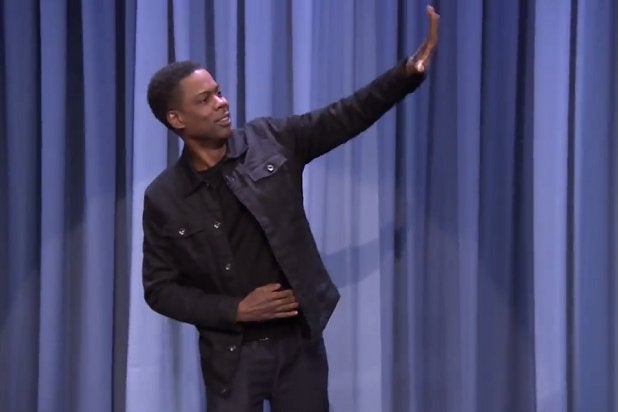 Chris Rock might be busy preparing to host “Saturday Night Live” this weekend, but he still made time to drop by “The Tonight Show” studio to help former “SNL”-er Jimmy Fallon with a list of the year’s top Halloween costumes.

In honor of Rock’s upcoming film — and perhaps to distance themselves from David Letterman’s signature Top 10 lists — they settled on a “Top Five” for costumes.