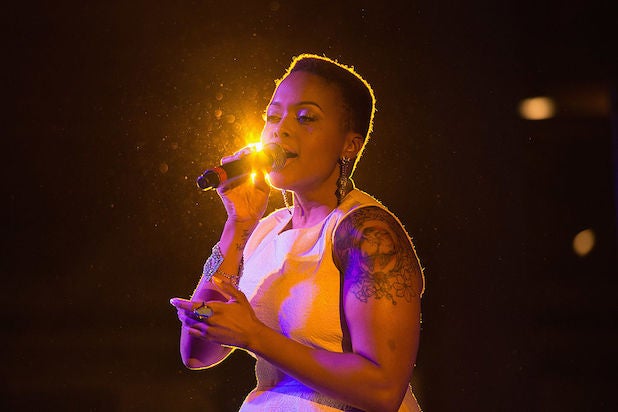 Michele, who took substantial heat after she agreed to perform at one of the inaugural balls on Friday for the new president, on Monday released a spoken-word track, “No Political Genius,” as a seeming response to the criticism.

The track, which is the first release from a planned album of the same name, begins, “I am the black song Spike Lee won’t sing/I am the black voice inauguration bells ring.”

That’s an apparent reference to Lee’s declaration that he wouldn’t be using Michele’s music in his upcoming Netflix adaptation of “She’s Gotta Have It,” after hearing that Michele would perform as part of Trump’s inauguration.

“With poignant detest [sic] for the system, disappointment with celebrity jabs and dedication to Women’s Rights, Michele really hopes to take a well spoken stab at holding hands with America,” a blurb accompanying the new track reads. “Her sights are set on beginning some real dialogue.”

Following reports that she would attend the inauguration, Michele broke her silence, saying that her “heart is broken for our country,” but that she is “willing to be a bridge” to a “peaceful & progressive conversation.”

In a blog post published last week — and titled “We Can’t Be Present if We’re Silent” — the Grammy winner wrote, “My heart is broken for our country, for the hopes of our children, for the fights of those who came before us. I cry at the thought that Black History, American History might be in vain.”

Also Read: Chrisette Michele Speaks Out After Trump Inauguration News: 'My Heart Is Broken for Our Country'

Nonetheless, she continued, “This country has had great moments. God has shined His light upon us.”

Listen to “No Political Genius” below.