James Mangold says his latest film “Ford v. Ferrari,” starring Christian Bale and Matt Damon, is a “relationship” movie and the lead character are “Butch and Sundance in the world of racing.”

Bale describes the plot more as “David vs. Goliath vs. Goliath … You’ve got the industrial Goliath with Ford and the charismatic Goliath of reputation with Ferrari, and then this true story of the triumph of the misfits.”

EW shared first look images of the Fox biographical drama on Friday, revealing Damon and Bale behind the wheel of classic Ford cars as they attempt to build a machine that can beat dominant Ferrari at the 1966 24 Hours of Le Mans race in France.

“It’s these two friends figuring out how do you deal with these a-holes in suits who know nothing about racing,” Bale told EW. “It transcends racing and becomes something that captures the spirit of people who are willing to risk everything for their love.”

Bale plays the fearless British racer Ken Miles, and Damon plays the car designer Carroll Shelby as they try to design a Ford car that can beat the unstoppable Ferrari in the 24-hour Le Mans endurance race.

Mangold says he strived to make the film an authentic, thrilling racing experience without the aid of CGI.

“I wanted to see a racing film where the cars weren’t all digital creations [and] we were really out there on the track,” the director told EW. “And not just so we could talk about it when we’re doing press, but because it actually makes a physical difference when you see it on screen.”

“To feel those cars come roaring by is why people love racing,” Damon added. “It was really exciting to shoot because it didn’t require you to use your imagination, it was all happening around you.”

See the first look images below via EW. 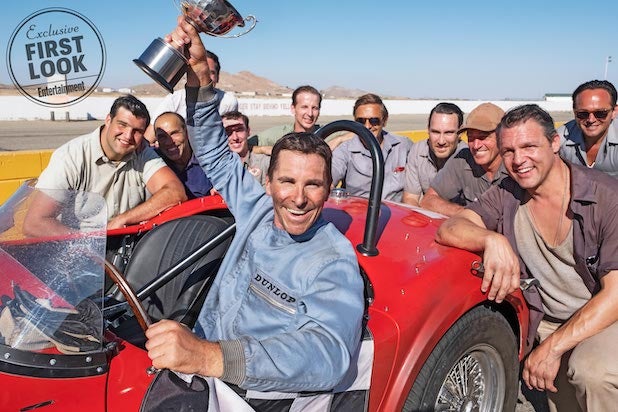 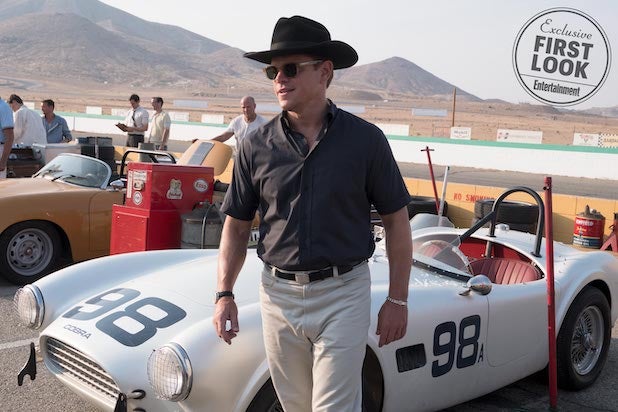 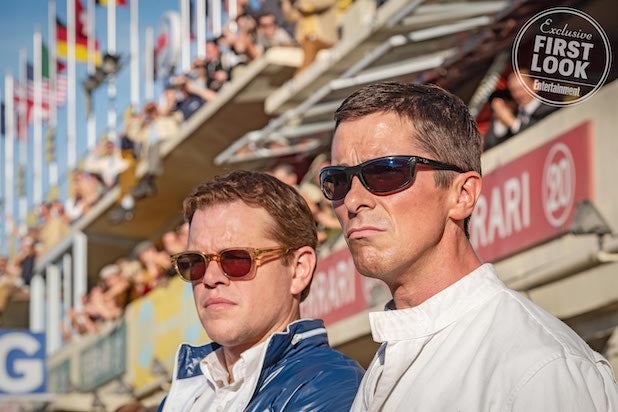 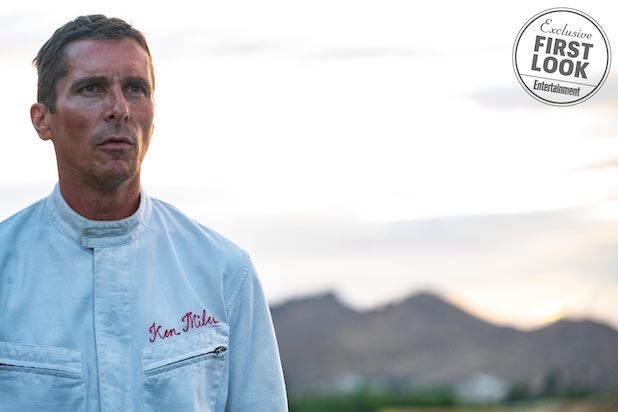