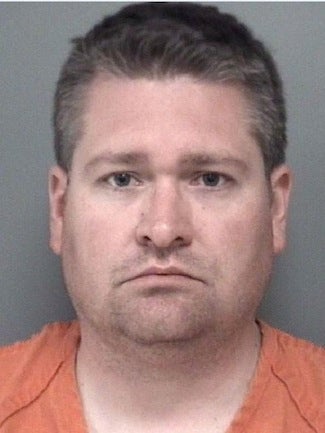 John Balyo, who worked at WCSG for eight years, was charged with both first and second-degree criminal sexual conduct Monday at his arraignment in Calhoun County District Court.

Balyo was arrested Friday outside the Big Ticket Music Festival, one of the largest Christian music festivals in the country, for a single incident in May.

Directly after his arrest WCSG-FM placed Balyo on paid leave, however within a day of his arrest the Christian radio station, affiliated with perated by Cornerstone University, cut ties with him entirely.

Balyo allegedly paid another man, a defendant in a child exploitation case, to arrange for sexual encounters with minor victims. Balyo’s arrest came as a result of a joint federal and state law enforcement operation termed “Operation Predator” which aimed to protect children from online predators.

If the charges against Balyo are proven to be true he could be sentenced to life in prison.

Originally bail was set at $500,000 however, after hearing about Balyo’s admission of guilt, the magistrate decided that he be held without bail because, “the proof of the defendant’s guilt is evident.”

“I want you, our radio family, to know that more than ever WCSG exists to serve as a Christ centered influence through compelling content, relevant platforms and passionate relationships,” WCSG General Manager Chris Lemke said. He went on asking for prayers and stating that “absolutely no one is immune from falling into the darkness of sin.”