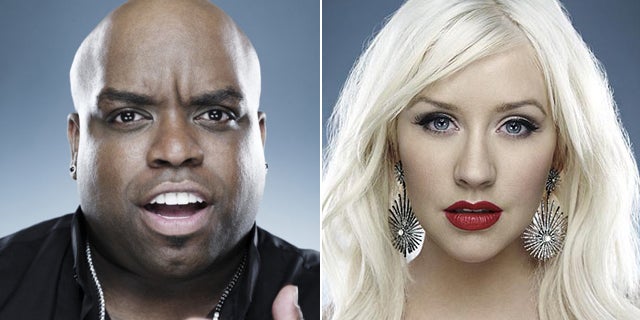 Sparkly outfits, busty tops and funky glasses will be back on "The Voice" for Season 5.

Cee Lo Green is in advanced negotiations to return to Season 5 of "The Voice" alongside Christina Aguilera, according to an NBC executive with knowledge of the situation.

"We are not there yet, but working toward it," said the executive.

As TheWrap reported earlier on Monday, Aguilera is already set to return next season as a coach on NBC's hit singing competition.

Aguilera has signed her contract to return to the NBC talent competition, an individual with knowledge of the deal has told TheWrap. According to the insider, Aguilera's return has been kept under wraps for a couple of months.

The pop diva will be paid $12.5 million for Season 5, said the executive with knowledge of the deal.

Another insider close to the negotiations said Aguilera made about $17 million when she was a coach on Season 3, which made her one of the highest paid women on reality TV. The insider said she could earn a figure as high as that again, depending on the number of hours she appeared. (Believe it or not, "Voice" coaches are paid by the hour.)

Green would not make anywhere near Aguilera's salary. Negotiations are still underway for coaches Adam Levine and Blake Shelton, who are also expected to return, the insider said.

Aguilera announced that she was leaving "The Voice" last December to promote her "Lotus" album and tour. Cee Lo Green also announced his exit at the same time. Shakira and Usher replaced them on the current season.

At the time, executive producer Mark Burnett played down the departures, saying that he expected that his coaches would rotate in and out as they are working artists. He also said they were always welcome to return. Shakira is likely to return in a future season.

"The Voice" has quickly risen to the top of the reality talent show ranks over its past four seasons. Last year, it took "Idol's" spot in the Emmy race, replacing it among the nominees in the Outstanding Reality Competition category.

In April, it reached a ratings milestone when its two installments took the top two slots for the week in both the advertiser-coveted 18-49 demographic and in total viewers for the first time in the series' history.