Christina Hendricks has lined up a new starring role. The “Mad Men” alum has joined the cast of the Apple TV+ series inspired by Edith Wharton’s unfinished novel “The Buccaneers.”

Hendricks will play Mrs. St. George, mother to buccaneers Nan and Jinny. “As a girl she was the belle of the ball herself, before she even dreamt of having money. Then when her husband struck gold on Wall Street, she found herself wealthy beyond her wildest dreams but in real danger of being the kind of social-climbing outsider that used to bemuse her. Above all else, she wants her daughters to be happy, but soon they’ll discover that marriage might not be the key to that happiness… for any of them,” per the streamer.

The series, which is currently untitled,” is from creator and writer Katherine Jakeways, with Susanna White directing. 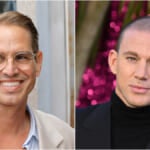 Also Read:
Greg Berlanti to Direct Scarlett Johansson in ‘Project Artemis’ at Apple With Channing Tatum in Talks to Star

Here’s a logline for the show: “Girls with money, men with power. New money, old secrets. A group of fun-loving young American girls explode into the tightly corseted London season of the 1870s, kicking off an Anglo-American culture clash as the land of the stiff upper lip is infiltrated by a refreshing disregard for centuries of tradition. Sent to secure husbands and titles, the buccaneers’ hearts are set on much more than that, and saying ‘I do’ is just the beginning.”

George Faber (“National Treasure,” “Generation Kill,” “Collateral”), Jakeways and White serve as executive producers. The show, which is currently in production in Scotland, is produced for Apple TV+ by The Forge Entertainment.