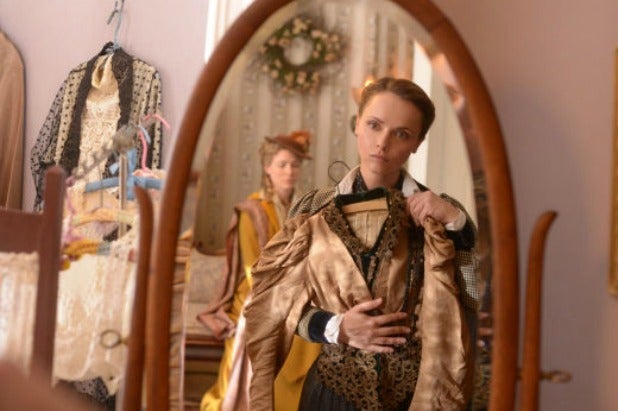 Our exclusive new image from Lifetime’s new Lizzie Borden film finds Christina Ricci picking out party clothes as the girl once charged with axing her family to death.

A little setup for the photo (above): Lizzie’s father has forbidden her from going to a party. To defy him, she goes dress shopping. And then tries again to ax him again — sorry, ask him again — very nicely.

The photo is the second Lifetime has released this week for the film, the full title of which is “Lizzie Borden Took an Ax.” The previous one found Lizzie standing on some stairs, a bloody ax by her side.

The tagline? “It’s Time to Bury the Hatchet.”

The TV movie, premiering Jan. 25, takes viewers back to the day in 1892 when Lizzie claimed to have discovered the bodies of her parents and sister (Clea DuVall ). Billy Campbell plays her attorney, Andrew Jennings.