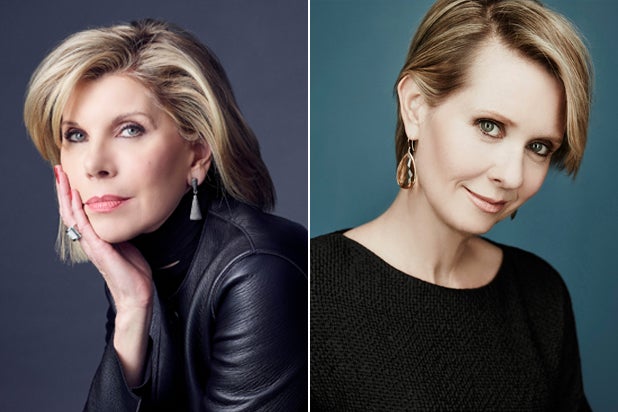 Christine Baranski and Cynthia Nixon have been tapped to star in HBO’s upcoming series “The Gilded Age,” along with “Togetherness” alum Amanda Peet and “Pearson” star Morgan Spector.

Described as “a period of immense economic change, of huge fortunes made and lost, and the rise of disparity between old money and new,” the 10-episode series from “Downton Abbey” creator Julian Fellowes takes place in 1882.

The series centers on Marian Brook, the orphaned daughter of a Southern general, who moves into the home of her rigidly conventional aunts in New York City.

Baranski’s Agnes van Rhijn is described as a “proud and stubborn aristocrat” who nearly went penniless after her parents’ plantation went under but “managed to catch a husband just in time.” Her sister, Ada Brook, on the other hand, had no such luck and remains in Agnes’ charity. The character, played by Nixon, “is not naturally confrontational, but she is capable of standing up for what she believes.”

Spector and Peet will play George and Bertha Russell, a ruthless railroad tycoon and his ambitious wife struggling for acceptance by the Astor and Vanderbilt set.

A co-production between HBO and Universal Television,” The Gilded Age” was first put into development at NBC all the way back in 2012. It moved over to its new home in May, after former NBC chief Bob Greenblatt took his current position at HBO’s parent company, WarnerMedia.