Films about the Yuletide season often go right for the big emotional moment, whether it’s a reformed Ebenezer Scrooge vowing to find the best doctors for Tiny Tim or the citizens of Bedford Falls rallying together to save George Bailey’s loan company. Not all holiday films necessarily traffic in this brand of grandiloquence, but often, for filmmakers, ’tis the season to be either jolly or maudlin in very broad strokes.

So don’t make assumptions based on the title “Christmas, Again,” the Spirit Award nominee that marks the feature directorial debut of documentary filmmaker Charles Poekel. Delicate and restrained, the film offers the messages of redemption and renewal we so often crave from a Christmas movie without wrapping its themes and characters in tinsel.

Kentucker Audley (“Ain’t Them Bodies Saints,” “Queen of Earth”) stars as a Christmas-tree salesman named Noel. (The film, thankfully, doesn’t dwell much on this coincidence.) He works a seasonal 12-hour night shift at a New York City tree lot, and while he’s engaging with the oddball assortment of customers that cross his path, Noel shuts down emotionally, distancing himself from co-worker Nick (Jason Shelton), who works the other 12-hour shift and shares a cramped trailer.

Poekel sneaks in the exposition – we see Noel swim alone, and sometimes he takes pills. We learn that he used to cover the day shift, and when regular customers ask if that girl he works with is there, he tersely replies, “Not this year.” With just a few expressions, Audley gives the camera the equivalent of pages and pages of dialogue; we don’t have to be told Noel’s life story when it’s so plainly etched on the actor’s face.

Also Read: Spirit Awards: 'Beasts of No Nation' Gets a Boost, 'Room' Is Locked Out of Key Races 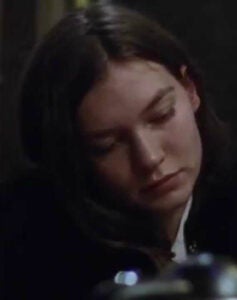 One night, Noel finds Lydia (Hannah Gross, “I Used to Be Darker”) passed out on the sidewalk by the tree lot, and he brings her into the trailer to sleep it off. She wakes up embarrassed, but returns later with a pie, and if this were a Hallmark Channel movie, the two of them would have an A-frame house and a golden retriever by the end of Act 3. “Christmas, Again” isn’t quite so profligate with its redemption arc, but it does at least hint at the beginning of Noel possibly re-entering the world.

Cinematographer Sean Price Williams (“Listen Up Philip”) envelops the film in a wintry melancholy that nonetheless allows for the presence of the sparkle of the season. The indoor locations (the trailer, the pool where Noel swims) are shot in as muted a lighting scheme as the slate-gray outdoors, but the lights and colors of Christmas still sneak in at the edges, capturing time and place while at the same time offering a glimpse into the slowly melting sorrow of our protagonist.

The cast is filled with characters who make an impression with only a few lines – the tree clients run the gamut from a wide-eyed young lady who want the same tree as the Obamas to a barking jerk with a Blackberry who makes Noel hold a tree up so he can take a picture – but it’s Audley’s show all the way. He never has a whole lot to say, but the actor has such a powerful sense of interiority that his eyes do all the talking. It’s a superb and wrenching performance.

He and Gross have an easy, relaxed chemistry; we believe them as a couple, and she’s on his wavelength enough that they can spend quiet time together and know what the other is thinking, and the audience can intuit it as well.

There is loss and sadness and absence in “Christmas, Again,” but it’s never morose or steeped in bathos, and the film never lets its flickers of hope and renewal blow completely out. Poekel and Audley show us a man who’s hitting bottom in the season of joy and good will, but we know that Noel, like the great Christmas-movie heroes before him, has it in him to bounce back, even if he’s not going to be buying any giant turkeys or running down the street shouting, “Merry Christmas, Emporium!” anytime soon.