Even in this era of prestige television on cable networks and streaming platforms, I still watch broadcast television. In fact, most of my favorite television series still live there, one of which is “The Goldbergs” on ABC. As director of the Muslim Public Affairs Council Hollywood Bureau, I have never consulted on the series, but I have always loved the show. Just like the retired “Black-ish” and “Fresh off the Boat,” “The Goldbergs” moves its audience through various issues important to the family’s heritage, with the added touch of being period specific. So subtle, yet so effective.

“The Goldbergs” takes place during my formative years, the 1980s. The latest “Christmas” episode, “Worst Grinch Ever,” where overbearing mother Beverly Goldberg worked frantically to discourage her daughter and son-in-law from exposing their newborn to Christmas, deeply resonated with me. In it, Beverly claims that giving in to even the smallest of activities like innocuous Christmas stories and songs could be the beginning of losing touch with their Jewish identity and holidays — in this case, Hanukkah. Muslims don’t “celebrate” Christmas either, but Beverly had a point even as she was overreacting as usual.

American Muslims have long celebrated the Christmas season in different ways. Many of my Muslim brothers and sisters choose to celebrate as more of a yearly cultural touchstone than a strictly religious event. Some, like  my own immigrant  parents, took Beverly’s approach and instilled in us that the slightest participation can be a rabbit hole and to hold on tight to our own heritage. 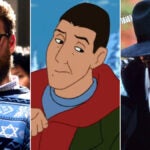 Also Read:
8 Hanukkah Movies That Will Light Up Your Holiday (Photos)

Throughout the episode, the various characters react with things that my sister and I said to our parents almost verbatim, as we tried desperately to assimilate and convince our parents to let us celebrate the best holiday ever. The “Worst Grinch Ever” episode brought up some memories that I chuckled at and then went on to reflect on my own experiences. Growing up, and this is not an exaggeration, the Obeidi home was the only one in our neighborhood without a Christmas tree or festive lights. My sister and I begged my parents for even the smallest tree so that everyone passing by could see that we were just like them. But the reality was that we were different, and it took decades to embrace and love that.

As a Muslim growing up in a predominantly Christian country, I had to fast from sunrise to sunset for 30 days during Ramadan, and while we got our token gifts to commemorate Eid (the end of Ramadan), we had no decorations, cool songs or even greeting cards to mark our holiday. So we compensated with Christmas songs in our house because they were warm and inviting. My favorite Christmas song is still “We Need a Little Christmas.” We couldn’t wait for the Christmas episodes of our favorite television shows to air because they were fun and joyous and they marked the beginning of winter break.

In a country where Christmas is the predominant winter holiday, it is natural for it to be so well represented on TV, and I am not advocating to change that. However, there are so many more opportunities for inclusion and frankly, new story ideas, that we are just leaving on the table. “Spirited,” Apple TV+’s fun new musical reimagining of Dickens’ “A Christmas Carol,” for example, not only boasts a diverse (and star-studded) cast but also fully acknowledges other holidays – including Ramadan – all within what remains a Christmas movie. We live in a multicultural world, so let’s not forget that during the holidays.

I still love the Christmas season. It’s a time where everyone of all faiths (and no faith) seem a little kinder. It’s hard to be a Grinch with twinkling lights on every other rooftops and the smell of pine in the air. A few weeks ago, I asked my 12-year-old niece, who goes to a predominantly Jewish school in Los Angeles, how she felt about being one of the few Muslims at the school. Her response was refreshing: “I kind of like it.” What a difference five decades make. Let’s make sure that there are holiday shows for her, too.

As director of the Muslim Public Affairs Council’s Hollywood Bureau, Sue Obeidi works with studio executives, producers, directors, and writers to create authentic, accurate and fair portrayals of Islam and of Muslims in film, television, and on digital platforms. Her goal, and that of the Hollywood Bureau, is to help the entertainment industry tell better stories about Islam and Muslims, a need that is now more pressing than ever. The Hollywood Bureau’s consulting credits include film and TV projects with Participant Media, CBS, ABC, NBC, Fox, Showtime, FX, Hulu, Super Deluxe Television, and Nat Geo. 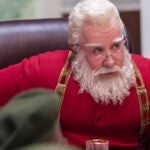