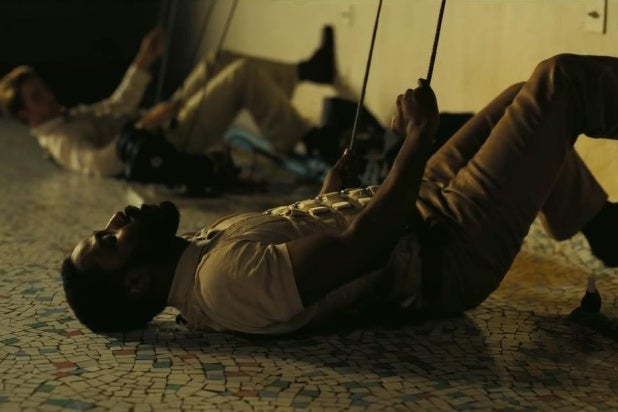 Christopher Nolan’s “Tenet” did not live up to pre-pandemic expectations, but the filmmaker is still “thrilled” with how his movie performed at the box office.

“Warner Bros. released ‘Tenet,’ and I’m thrilled that it has made almost $350 million,” the director said in a new interview with the Los Angeles Times while promoting author Tom Shone’s book “The Nolan Variations: The Movies, Marvels, and Mysteries of Christopher Nolan.”

However, Nolan is concerned that the studios are learning the wrong lessons from the experimental rollout during a pandemic.

“But I am worried that the studios are drawing the wrong conclusions from our release — that rather than looking at where the film has worked well and how that can provide them with much-needed revenue, they’re looking at where it hasn’t lived up to pre-COVID expectations and will start using that as an excuse to make exhibition take all the losses from the pandemic instead of getting in the game and adapting — or rebuilding our business, in other words,” he said.

When asked about the future of moviegoing, Nolan added, “It’s a difficult question to speak to.”

“If you’re talking about the acceleration of existing trends, that’s something I started reading right at the beginning of the pandemic,” Noland said. “And it ignores the reality that 2019 was the biggest year for theatrical films in history. They’d made the most money. The admissions were huge. So to me, it’s much more about: What’s the new reality we’re living in? … Long term, moviegoing is a part of life, like restaurants and everything else. But right now, everybody has to adapt to a new reality.”

Christopher Nolan’s movie opened on 2,800 screens across the country but not in major cities like New York and Los Angeles, where movie theaters remain closed. In fact, the movie actually got a boost from moviegoers who traveled across state and county lines in order to see it in a theater or in drive-ins.

That approach was in contrast to Disney’s decision to make “Mulan” available on the same day as “Tenet” for premium streaming for $30 through Disney+, which could serve as a model for the studio or others as the pandemic continues.