Christopher Sign, a local TV news anchor best known for breaking the story of a private meeting between Bill Clinton and then-Attorney General Loretta Lynch in 2016, died Saturday at age 45. At the time of his death, he was an anchor for ABC 33/40 in Birmingham, Alabama.

According to AL.com, Sign died by an apparent suicide.

In June 2016, while a reporter at Phoenix ABC affiliate KNXV-TV, Sign broke the story of the so-called tarmac meeting between Clinton and Lynch on Lynch’s private plane at the Phoenix airport. The meeting happened while then-presidential candidate Hillary Clinton was still being investigated by the FBI for how she handled certain emails during her time as Secretary of State under Barack Obama.

Lynch was heavily criticized and acknowledged that meeting with Clinton was ill-advised, but maintained it was “primarily social” and that she did not discuss that investigation. 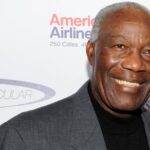 Nevertheless, it created complications for Hillary Clinton’s presidential campaign, even after the FBI determined that she did not break any laws. And it ultimately played a role in the circumstances leading to her narrow electoral college loss later that year despite winning the popular vote by millions.

Sign would later write a book about the meeting called “Secret on the Tarmac,” in which he claimed the meeting was planned in advance and was not, as Lynch and Clinton said, a chance encounter.

Sign began his career at ABC 33/40 in the late 1990s before moving to Phoenix in 2004. Sign returned to Birmingham to work for ABC 33/40 again in 2017; according to the ABC affiliate, Sign turned down a national network job offer in order to do so. 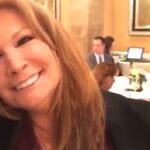 “Our deepest sympathy is shared with Christopher’s loving family and close friends. We have lost a revered colleague who’s indelible imprint will serve forever as a hallmark of decency, honesty and journalist integrity. We can only hope to carry on his legacy. May his memory be for blessing,” ABC 33/40 vice President and general manager Eric Land said in a statement on behalf of the outlet.