Former Major League Baseball all-star pitcher Jim “Mudcat” Grant, the first Black 20-game winner in the American League who helped the the Minnesota Twins make it to their first World Series in 1965, has died. Grant was 85.

“The entire Minnesota Twins organization is saddened by the death of former pitcher Jim “Mudcat” Grant, who passed away at the age of 85,” the Minnesota Twins announced on Saturday. “RIP Mudcat.”,

“God Bless Mudcat,” Twins president Dave St. Peter added. “An amazing body of work on the mound. A HUGE personality off the mound. Will never forget his smile, his voice or the way he could light up a room.” 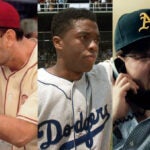 Also Read:
20 Highest-Grossing Baseball Movies, From ‘League of Their Own’ to ‘Major League’ (Photos)

Grant spent seven seasons with the Cleveland Indians at the start of his pitching career, then got traded to the Minnesota twins in 1964 where he would go on to blossom into an ace pitcher the following season. Grant went 21-7 with a 3.30 ERA. Grant played for the Twins for four seasons and also played for the Oakland A’s, St. Louis Cardinals, Los Angeles Dodgers, Montreal Expos and Pittsburgh Pirates.

Grant was born in 1935 in Lacoochee, Florida where he went on to become a two-sport athlete in baseball and football, at Florida A&M.

In his post-pitching career, Grant worked as a TV analyst for Cleveland and a broadcaster for the A’s.