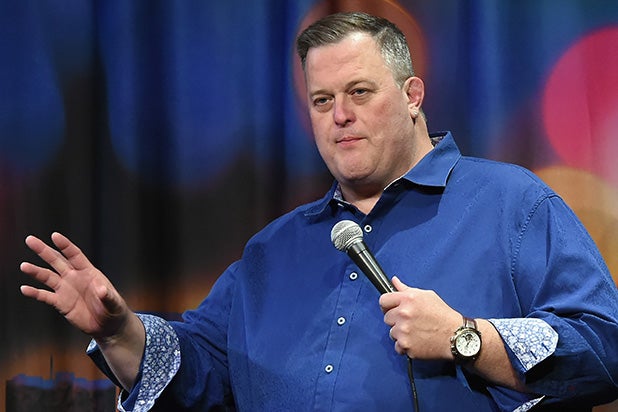 The multi-camera comedy titled “Bob Hearts Abishola” (stylized with a heart emoji) follows a man who falls in love with his Nigerian nurse after a heart attack and sets his sights on getting her to give him a chance.

Chuck Lorre is writer and executive producer on the project alongside his longtime collaborator and “Mom” co-creator Eddie Gorodetsky and “Mike & Molly” EP Al Higgins. British-Nigerian stand-up Gina Yashere is also a writer on the project.

Also Read: Chuck Lorre on Sexual Harassment After Les Moonves Accusations: 'It Has to Be Made Safe for Everyone'

The multi-camera comedy is produced by Chuck Lorre Productions Inc. in association with Warner Bros. Television.

The project reunites Gardell with Lorre after co-starring in the prolific producer’s “Mike & Molly” for six seasons alongside Melissa McCarthy. He also has a recurring role on Lorre’s “Big Bang Theory” spinoff “Young Sheldon.”