MSNBC’s Chuck Todd is taking a verbal beating on social media as he seems to every weekend, with some Twitter users comparing his hosting abilities on “Meet the Press” with that of Kim Kardashian hosting “Saturday Night Live.”

“Kim Kardashian is doing to SNL for me what Chuck Todd does to Meet the Press for me every week. Hmm, what else can I watch?” Janice Hough tweeted Saturday night. 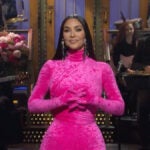 On the flip side, although the prospect of Kardashian hosting “SNL” wasn’t exactly embraced when it was announced last month — Debra Messing famously tweeted, “Am I missing something?” — NBC reported Sunday morning that “SNL” ratings rose from last week’s Season 47 premiere, drawing a 3.8 household live + same day rating.

But Todd seems to take a hit every Sunday on Twitter from viewers who are unhappy with his choice of guests and/or interviewing style. In the past, he has been criticized for letting certain sources say their piece without really challenging them or pushing back.

This week, it was former White House Press Secretary Stephanie Grisham’s appearance to promote her new book “I’ll Take Your Questions Now: What I Saw in the Trump White House” that set them off. 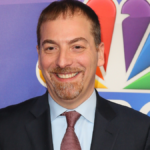 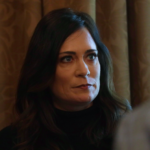 Also Read:
George Stephanopoulos to Stephanie Grisham: ‘What Took You So Long?’

For more details about the latest episode of SNL, read here. 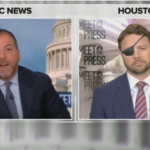