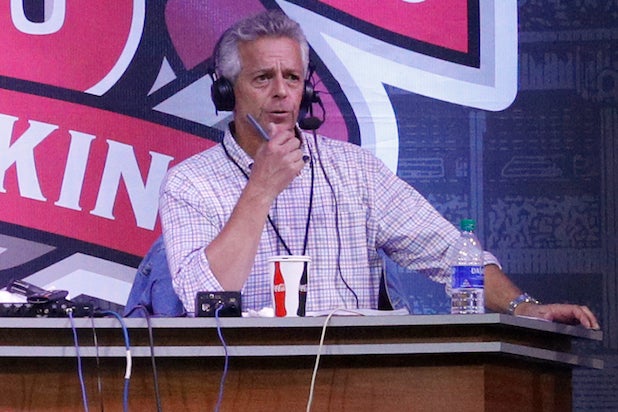 Play-by-play announced Thom Brennaman has resigned from his position with the Cincinnati Reds after being caught using a homophobic slur on air last month.

“My family and I have decided that I am going to step away from my role as the television voice of the Cincinnati Reds,” Brennaman told WCPO Ohio in a written statement. “I would like to thank the Reds, Reds fans and the LGBTQ Community for the incredible support and grace they have shown my family and me.”

Brennaman was suspended last month after he was caught using the slur on a hot mic during an Aug. 19 broadcast. He issued an on-air apology immediately following the incident, and the Reds announced his suspension after the game, calling the remark “horrific.”

“I don’t know if I’m going to be putting on this headset again,” Brennaman said at the time. “I don’t know if it’s going to be for the Reds. I don’t know if it’s gonna be for my bosses at Fox. I want to apologize for the people who sign my paycheck — for the Reds, for Fox Sports Ohio, for the people I work with, for anybody that I’ve offended here tonight. I can’t begin to tell you how deeply sorry I am. That is not who I am. It never has been. And I’d like to think maybe I could have some people that could back that up. I am very, very sorry, and I beg for your forgiveness.”

The broadcaster was also suspended by Fox Sports, which said it was “moving forward with our NFL schedule which will not include him.”

Brennaman is a 27-year veteran of Fox Sports and had been with the Reds since 2006.