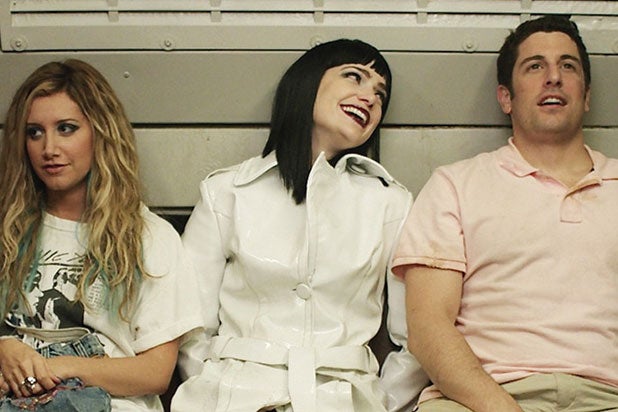 The film, which will be released theatrically in mid-2016, stars Biggs, Jenny Mollen, Ashley Tisdale, Janet Montgomery, Bria Murphy and Steven Weber. It will have a simultaneous digital and VOD release, with a DVD release to follow later in the year.

The film follows Guy (Biggs), who is an out-of-work expectant father trying to find a job to support his family. His wife (Mollen) urges him to answer a Craigslist ad for a driver, and he soon becomes a chauffeur for three call girls as they make their evening rounds.

Their true-life story inspired married couple Joe Syracuse and Lisa Addario to write and direct the film. While trying to catch his big break, Syracuse would drive around call girls in Los Angeles while his wife was pregnant with their first child.

“Amateur Night is a fun, refreshing comedy, but it also has so much heart,” said Yolanda Macias, Cinedigm’s EVP of Acquisitions, “which makes it exactly the kind of off-beat, original indie film that Cinedigm is proud to champion. We couldn’t be more excited to be working with this talented filmmaking team.”

The deal was negotiated by Cinedigm’s Kristin Harris, the executive director of content acquisitions, and United Talent Agency on behalf of the filmmakers.