Following a soft launch and rebranding, Cinehouse officially debuted with 12 channels and thousands of hours on demand including several “Digimon Adventure tri.” movies and “Godzilla films” from Shout! Factory.

“For more than a decade, we have acquired a unique understanding of how to engage with and create streaming channels for superfans that are not only interested in a particular genre but who are part of loyal communities that live and breathe this content,” said DMR president and co-founder David Chu. “Cinehouse gives us an opportunity to take this knowledge and offer a curated lineup that features an array of channels that young, diverse and enthusiastic audiences will enjoy.”

“Shout! Factory has been successfully applying its expertise in presenting cult classic movies and series to digital streaming audiences. Its branded and show-specific channels have generated broad appeal not only for longtime fans, but also for a new generation discovering these properties for the first time. The digital medium and Cinehouse’s unique platform offerings allow viewers to enjoy these pop-culture content through new and compelling experiences,” stated Gene Pao, executive vice president of Strategy and Digital at Shout! Factory. 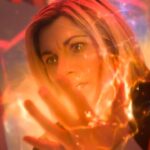