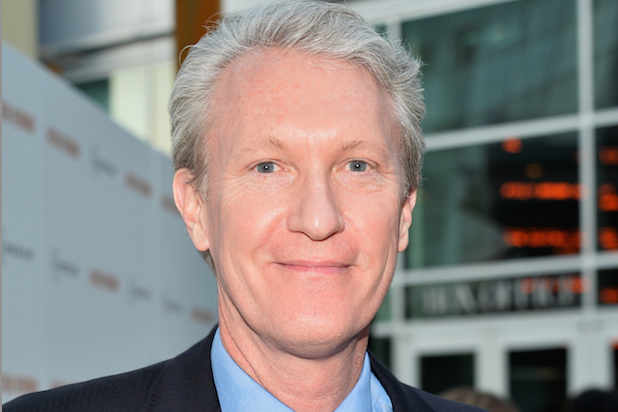 Chris McGurk is sitting on a $30 million war chest after Cinedigm closed an underwritten public offering last week, and he doesn’t intend to let that money go to waste.

The company’s chief executive officer plans to use the money to buy new films and launch a half dozen digital channels, he said during an interview with TheWrap.

Over the past two years, Cinedigm snapped up two home entertainment and content companies with its $14 million purchase of New Video and its $51.1 million deal for Gaiam Vivendi, but McGurk noted that in both cases he had to cobble together financing after identifying an acquisition target. The proceeds from the stock offering will allow Cinedigm to be more nimble.

“This gives us the cash on hand to execute transactions more quickly,” McGurk told TheWrap. “It means that hopefully we won’t lose out on any acquisition opportunities.”

So is Cinedigm still on the prowl for companies to buy?

“We always are,” McGurk said. “Smart accretive activity is always part of what we do as a company. We’re one of the few [small market capitalization] entertainment companies, so we’re in a good position to be a strategic consolidator in this business.”

Beyond possible acquisitions, Cinedigm is eager to take its library of 50,000 films and television episodes and find ways to plug them into the burgeoning online video scene. In February, the company teamed with the organizers of Comic Con to launch a digital network geared at fanboys and last year it debuted Docurama, a documentary channel available on Xbox, Roku and other platforms.

It plans to launch four to six channels this fiscal year. These channels will rely on a combination of advertising, subscriptions and a la carte purchases in order to produce revenue, McGurk said.  Most of them will involve equity partnerships with another company or entertainment player.

“Our goal is to become platform agnostic and leverage our content across as many platforms as possible,” McGurk said.

It won’t be all digital streaming and downloads. Cinedigm, which distributed acclaimed films such as “Short Term 12” and “Call Me Kuchu” and the upcoming Jesse Eisenberg thriller “Night Moves,” will look for potential pickups at Cannes and at the Tribeca Film Festival. On Thursday, it announced it acquired “Open Windows,” a thriller out of SXSW with Elijah Wood and Sasha Grey.

“Theatrical releasing is still a big part of what we do,” McGurk said. “It’s an important weapon in the arsenal.”

Cinedigm’s stock has dipped and climbed in the past few weeks, with some investment analysts expressing concern about  declines in earnings per share, operating cash flow and net income during its most recent quarterly report. However, shares rose steadily on Tuesday, climbing more than 5 percent to $2.70 by 2 p.m. EST, and have improved since last fall when they were trading for roughly $1.50.