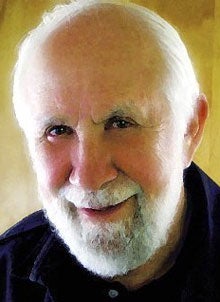 Legendary cinematographer William A. Fraker died Monday of cancer at Cedars-Sinai Hospital in Los Angeles. He was 86.

He won the National Society of Film Critics’ award for cinematography for 1968’s "Bullitt," still regarded as having one of the greatest car chase sequences ever.

According to the Los Angeles Times, during the filming of "Bullitt" in San Francisco, Fraker hoisted a camera while strapped on to the front of a Mustang going more than 100 mph to shoot the chase sequence.

He shot "additional American scenes" on "Close Encounters of the Third Kind," working with d.p. Vilmos Zsigmond, and additional scenes for "One Flew Over the Cuckoo’s Nest," with Haskell Wexler.

A native of Los Angeles who was raised in Boyle Heights, Fraker served with the Navy in the Pacific during World War II. He attended the USC School of Cinema on the GI Bill, which led to work as a photographer’s assistant (his father was a noted studio photographer in the 1920s). His first project was a Marilyn Monroe calendar.

He got his start as a camera operator on TV series "The Adventures of Ozzie and Harriet." His first film as cinematographer was 1967 drama "Games."

He also directed features "Monte Walsh" (1970), starring Lee Marvin as an aging cowboy who realizes the West he knows is vanishing; 1973 family suspense tale "A Reflection of Fear" and 1981’s "The Legend of the Lone Ranger," recipient of several Razzie Awards.

In a statement, American Society of Cinematographers president Michael Goi said: "William A. Fraker, ASC, BSC, embodied not only the consummate artistry that was necessary to become a legend in his craft, but also the romance and glamour of making movies. His most famous images, such as the car chase in ‘Bullitt,’ Mia Farrow looking at her child in ‘Rosemary’s Baby,’ or Warren Beatty walking through heaven in ‘Heaven Can Wait,’ have become iconic representations of Hollywood filmmaking. His tireless devotion to informing and educating the next generations of cinematographers spoke to his desire that the industry never forget that we are dreamers, and that those dreams have significance. He will be missed, but never forgotten."