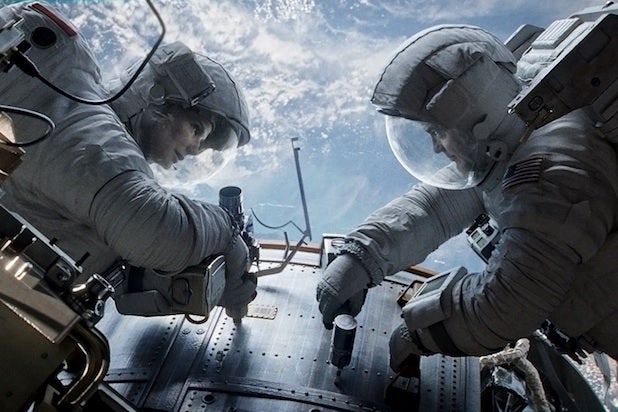 The American Society of Cinematographers has nominated a super-sized lineup of seven films in the theatrical motion picture category of the 28th annual ASC Awards, the ASC announced on Wednesday morning.

Breaking from the usual slate of five, the ASC went with a lineup that includes the presumed frontrunner, Emmanuel Lubezki for “Gravity,” along with legendary cinematographer Roger Deakins for “Prisoners,” Sean Bobbit for “12 Years a Slave,” Barry Ackroyd for “Captain Phillips,” Bruno Dubonnel for “Inside Llewyn Davis,” Phedon Papamichael for “Nebraska” and the biggest surprise among the nominees, Philippe Le Sourd for “The Grandmaster.”

The result is one of the most varied and richest fields in ASC history, with the represented cinematographers using a wide variety of tools, from cutting-edge digital to black-and-white film, and techniques, from hand-held cameras in tight situations to innovative high-tech solutions.

Also read: Winners and Losers From the Guild Nominations

The field includes two of the consensus choices for the greatest cinematographers of the era, Deakins and Lubezki, both of whom have won ASC Awards but neither of whom, shockingly, have won Oscars.

Among the contenders who were not nominated, the most prominent names are Anthony Dod Mantle for “Rush” and Hoyte Van Hoytema for “Her.”

Since the ASC began handing out awards in 1986, it has nominated a field of five all but two times. In 1995 and 1996 it expanded the field to six, but it has never before come up with a slate of seven nominees.

The ASC said a three-way tie led to the expanded field.

Most years, four of the five ASC nominees go on to receive Oscar nominations, though the winners coincide less than half the time.

The awards will be handed out on Feb. 1 in the Ray Dolby Ballroom at the Hollywood & Highland center.