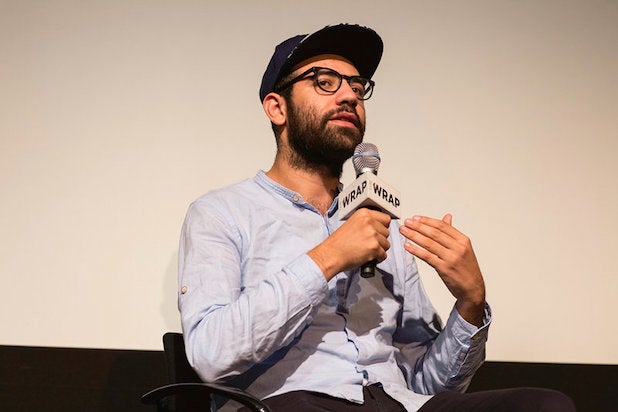 Abdalaziz Alhamza, one of the lead figures in Matthew Heineman’s documentary “City of Ghosts,” knew the power of the camera when he took to the streets of Raqqa, Syria, to document the horrors inflicted by the so-called Islamic State on his hometown beginning in 2014.

“I felt a duty to do this,” Alhamza told TheWrap’s Managing Editor Thom Geier during a Q&A at the outlet’s Awards and Foreign Screening Series on Thursday. “I started as a protester, then an activist. This was the only way to get the news out … I was covering the clashes on the street, carrying my camera and covering everything.”

“City of Ghosts” follows a group of citizen journalists, known as Raqqa Is Being Slaughtered Silently, who mobilized to expose the brutal violence and human rights abuses committed by ISIS after the militant group took control of the city. The documentary follows the journalists’ efforts to sneak photos, videos, and reports out of the city, disrupting ISIS propaganda that aimed to depict their regime as benevolent and discouraging citizens from joining its ranks.

“Silicon Valley social media platforms are the main tools ISIS uses to recruit around the world, and our main work is to counter ISIS propaganda online,” Alhamza said during the Q&A at New York University’s Cantor Film Center. “We don’t believe in guns, so we use the same platforms.”

When advocating on behalf of Syrians to the international community, Alhamza said that he and other members of RBSS faced pushback from a wave of Islamophobia. In the documentary, a crowd of white Germans jeer refugees, and Alhamza said he faces similar racism in the U.S., especially when traveling.

“With the [Trump administration’s] travel ban, being a refugee from Syria, Muslim — I usually have a longer beard — it’s sometimes hard,” he said of his encounters with officials from U.S. Homeland Security. “Having ISIS consider us nonbelievers and those people consider us terrorists, it was hard to be caught between two groups. But compared to ISIS, those people weren’t so bad.”

The journalists featured in “City of Ghosts” are refugees in the most direct sense. ISIS has called for the execution of Alhamza and other founders of RBSS, some of whom previously fell victim to attacks by ISIS jihadists, and a bulk of the film takes place in undisclosed locations in Turkey and Germany, showing whispered meetings and reports published from encrypted servers.

Despite ISIS’s weakening presence in Syria, Alhamza said there had been multiple attempts on his life. “[Police] started to find out about people in Germany who were trying to kill me,” he said. “With all the things going on in the city, and all the threats, returning seems unlikely.”

Last month, U.S.-backed forces captured Raqqa, a victory that was heralded as a turning point in the fight against ISIS. But Alhamza called for sustained efforts to thwart ISIS’ recruiting, arguing that force alone is insufficient.