When award-winning documentarian Steve James (“Hoop Dreams,” “Life Itself”) premiered his docuseries “City So Real” to great acclaim at the 2020 Sundance Film Festival, it existed strictly as a four-part effort. The taut, edge-of-your seat insider’s treatment of the hotly contested, 14-candidate-deep 2019 mayoral race in Chicago not only highlighted the incredibly varied individuals running for office, but also showcased a full panorama of Windy City residents encompassing an array of districts.

All of them were in various states of ennui and distrust due to the city’s famously corrupt legacies. The series chronicled a startling victory via runoff by once-lagging underdog Lori Lightfoot, an openly gay Black woman armed with decades of public service and grassroots-based tenacity. Think Rocky but switch out the Philly cheesesteaks for Italian beef sandwiches.

But soon thereafter, as director James bluntly pointed out, “the world changed.” 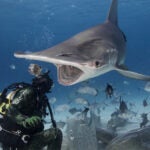 “So I sat at home thinking we need to do some kind of epilogue to show the world shifting because of the pandemic,” he said. “And then George Floyd happened.” By this point, National Geographic had acquired “City So Real” for broadcast and was enthused to make a fifth episode, which would end up being feature-length. So James and his crew — including son Jackson, who is a camera operator — “went back out on the street, and thank God none of us got sick.” Although COVID filming protocols had yet to be discussed by professionals in any meaningful way, James said the crew took precautions: “Good masks, gloves, sanitized our gear constantly.”

The fifth episode unveiled vivid new footage of the now-COVID-hampered Chicagoans we met in the previous four installments, including a Care Bear–attired rideshare driver subjected to racial ridicule and the all-smiles employees of a beloved South Side neighborhood diner. It also followed the organized protests throughout Chicago immediately after Floyd’s killing, some of which ended in tense standoffs with police. “It helps to have a big camera and not a cell phone (pointed at them) — they won’t fear ending up on the evening news,” James said. 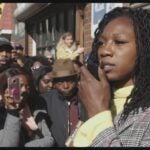 Like all of James’ previous efforts, though, the filmmaking is observational and nonconfrontational, even when the subjects are uncouth or harsh. (One older gentleman in a mostly white barbershop frequented by former policemen refers to mayor-elect Lightfoot as “Beetlejuice.”) “We had an incredible scene with a 30-year veteran detective who got cold feet about being on camera,” he said. “He checked in with his superiors about being featured and they said, ‘Are you f—ing crazy?’ We didn’t want him to lose his job, so we cut it.”

James always shares his footage with the subjects depicted in his projects — and for the most part, the feedback he has gotten on “City So Real” from participants has been fully supportive. This is even true of Lightfoot, who has since become a divisive figure in Chicago for her crisis handling. Some of that is depicted in the series, most urgently in a section where unhappy demonstrators turn up outside her home demanding she confront them. 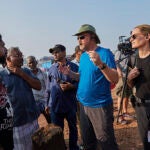 “She said she was really enjoying the series,” James said. “But I’m guessing she would’ve preferred it to end at Episode 4 where she’s the victor, and not get into the difficulties of being mayor of Chicago, which ain’t an easy job.”

So did television prove a balm for James in a tumultuous 2020 the way it did for so many of us? “TV has many roles to play in terms of being an escape — one of my favorite shows of the year was ‘Ted Lasso,’ (which) was such a joy and had absolutely nothing to do with what we were going through,” the former Peabody winner said. “But television also needs to play a role in connecting people more to the world we live in and what needs to change in a responsible and empathetic way.”

This story about City So Real first appeared in the Race Begins issue of TheWrap’s Emmy magazine.