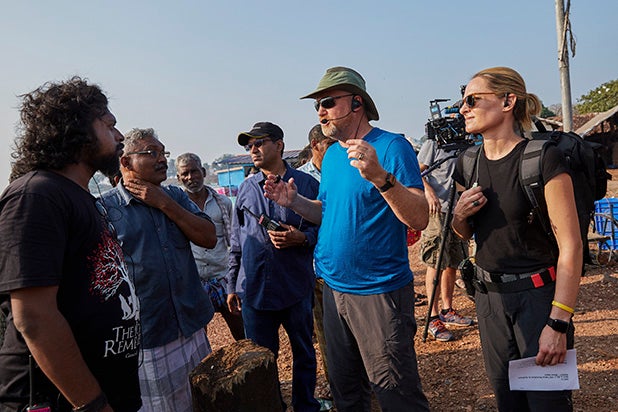 National Geographic’s unscripted programs shooting both in the U.S. and abroad are figuring out what it means to get back to work during the pandemic, enacting new regulations and safety protocols to protect their human crews and animal subjects alike.

Having crews out in the field presents a risk not only for the local communities and the filmmakers themselves but potentially for wildlife as well.

“We actually canceled a shoot we were planning to do with bonobos in the Congo,” said “Queens” showrunner Vanessa Berlowitz. “We’ve been thinking a lot about how do we socially distance from monkeys who might be naturally curious and want to come close to us? You can’t necessarily prepare for that. So we’ve had to make some really complex decisions not just for our own safety and the people we work with, but also the animals that we’re filming.”

Also Read: 'The Young and the Restless' Sets Return Date With Episodes Filmed During Pandemic

Michelle Upton, Nat Geo’s senior vice president of production management, stressed that following local guidelines and safety protocols is the network’s top priority. She said the network and parent company Disney partner “on a weekly basis” to evaluate which productions are safe to resume.

“As part of the approval process when we vet each of our productions, we’re taking a look at in real time the shoot locations,” Upton said. “We’re taking a look at whether COVID testing is needed, whether we need to quarantine crews, having health and safety managers on set and in the field, having teams work in small pods in order to keep everyone healthy and safe.”

Following the local protocol, though, is not always easy.

“The rules are changing so rapidly that you’re often at the mercy of the gate attendant at the airport,” said “Gordan Ramsay: Uncharted” producer Jon Kroll during a virtual Television Critics Association press conference on Monday.

“They keep getting mixed information,” he said. “People don’t know the rules of their own country oftentimes, because they’re changing on a weekly basis.”

The rules can also vary wildly by jurisdiction, said “Category Six” producer Lisa Bloch, whose show follows storms throughout hurricane season all across the U.S.

“We had just been watching a hurricane going up the coast and turning into a tropical storm, and we were looking forward to chasing that up from Florida. But come New Jersey we would have to stop. The storm would have to go on without us because New Jersey has a 14-day quarantine period if you’re coming from the state of Florida.”