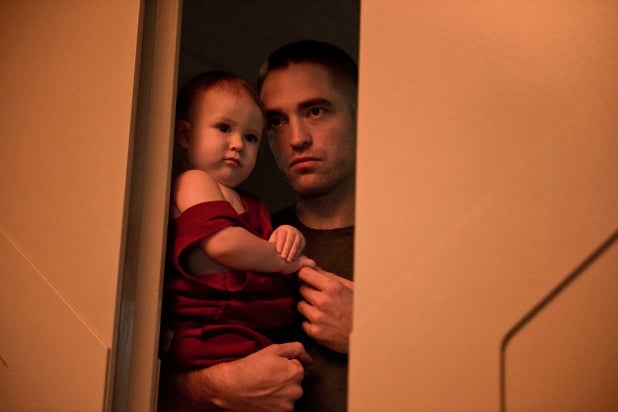 It was a strong early April weekend for A24 at the indie box office, as Claire Denis’ surreal sci-fi film “High Life” opened on four screens in New York and Los Angeles and earned the top per screen average with $25,007.

The film stars Robert Pattinson as a man lost in space who must find a way to survive with his daughter after the ship’s inhabitants mysteriously disappear. Juliette Binoche and Andre Benjamin also star, with Denis directing from a script she co-wrote with Jean-Pol Fargeau and Geoff Cox. “High Life” has a Rotten Tomatoes score of 89%.

Also adding to A24’s strong weekend was the continued success of “Gloria Bell,” which added $390,000 in its fifth weekend to cross the $5 million mark.

The other big indie release this weekend was Amazon Studios’ “Peterloo,” which grossed $30,426 from three screens for an average of $10,142. Written and directed by Mike Leigh, the period piece tells the story of the 1819 Peterloo Massacre, when armed British soldiers attacked a peaceful protest in Manchester demanding democratic reform. The film has a 65% Rotten Tomatoes score.

On the documentary side, NEON’s “Amazing Grace” had a solid opening on eight screens with $96,000 grossed for a $12,000 average. The film consists of footage of Aretha Franklin’s 1972 performance at the New Temple Missionary Baptist Church in Los Angeles, and has received critical acclaim with a 98% Rotten Tomatoes score.

NEON’s other acclaimed documentary, “Apollo 11,” hit the $8 million mark in its sixth weekend after making $201,700 from 187 theaters. Other holdover milestones include Bleecker Street’s “Hotel Mumbai” reaching $6.3 million after making $1.7 million from 930 screens in its third weekend. Fox Searchlight’s “The Aftermath” passed $1 million in its fourth weekend after adding $375,000 from 344 theaters. Focus’ “The Mustang” hit $2 million in its fourth weekend with $771,000 from 350 screens, and Pantelion/Lionsgate’s “No Manches Frida 2” now has a total of $8.7 million after four weekends after grossing $415,000.