Clarence Gilyard Jr., a prolific actor best known for his pivotal, series-long role on “Walker, Texas Ranger” and for his scene-stealing turn as Theo, the heist crew’s hacker in “Die Hard,” died Monday following a long illness. He was 66.

In addition to his acclaimed career, Gilyard was a professor at the University of Nevada, Las Vegas.

“Professor Gilyard was a beacon of light and strength for everyone around him. Whenever we asked him how he was, he would cheerfully declare that he was ‘Blessed!’ But we are truly the ones who were blessed to be his colleagues and students for so many years. We love you and will miss you dearly, Professor G!,” UNLV film chair Heather Addison said in a statement Monday. 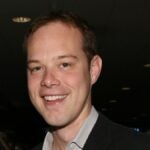 Born in 1955 in Moses Lake, Washington, Gilyard eventually moved to California as a young man, where he stud.ied acting at California State University, Dominguez Hills. He began acting regularly in the late 1970s and early 1980s with roles in TV shows including “Diff’rent Strokes” and a main cast role during the final season of “Chips” in 1983.

In 1988 he played Theo, the hacker working for Hans Gruber’s heist crew — notably the only member of the crew to survive the film — in “Die Hard.” The next year he joined the cast of “Matlock” as private investigator Conrad McMasters, a role he played through 1993. It was that year that he was cast as James “Jimmy” Trivette, Walker’s fellow ranger and best friend, on “Walker, Texas Ranger.” He remained on the show through its entire run until the show ended in 2001, and returned for a “Walker” TV movie in 2005.

Other notable film and television roles include “The Karate Kid Part II,” and a major role in the first two “Left Behind” films.

Gilyard began teaching college after Walker ended, and at the time of his death taught theater at UNLV’s College of Fine Arts. He was married twice and had six children. 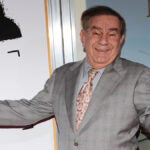