After 105 years as the Cleveland Indians, the MLB team unveiled a new name Friday, the Cleveland Guardians, to sighs of relief from fans ready to leave the culturally insensitive branding in the past – but mostly to “Guardians of the Galaxy” jokes.

The Ohio MLB team announced its name change in a slick new promotional video that featured narration from Tom Hanks and a score courtesy of the Black Keys. In addition to the name, the organization also introduced a new logo, a baseball flanked by a G with a pair of wings. The video’s sincere tone was undercut by one big elephant in the room though. Actually, make that one big anthropomorphic tree. 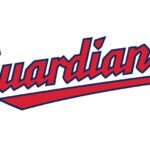 Baseball fans, Marvel fans and everyone in between were quick to equate the new name with the “Guardians of the Galaxy,” the ragtag intergalactic heroes behind two of the MCU’s biggest critical and commercial hits. James Gunn, writer and director of “Guardians of the Galaxy” Vol. 1 and 2 as well as the series’ upcoming third installment, even dropped in to say, “If their logo isn’t a raccoon with a machine gun I’m gonna be bummed,” referring of course to Rocket Raccoon.

Another suggestion quickly rose to the top of the Twitter discourse, however, that Groot (or his younger self, Baby Groot) should be instated as the team’s official mascot. Well, he’s already miles ahead of the previous mascot, Chief Wahoo, in terms of cuteness and lack of racism. Check out how fans (and even the team’s own Josh Wolf) are making their case.

When asked for comment on the rumors that he’ll be replacing Chief Wahoo, Groot reportedly said, “I am Groot.”

Check out the rest of the Guardians of Cleveland jokes. 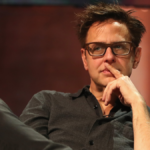