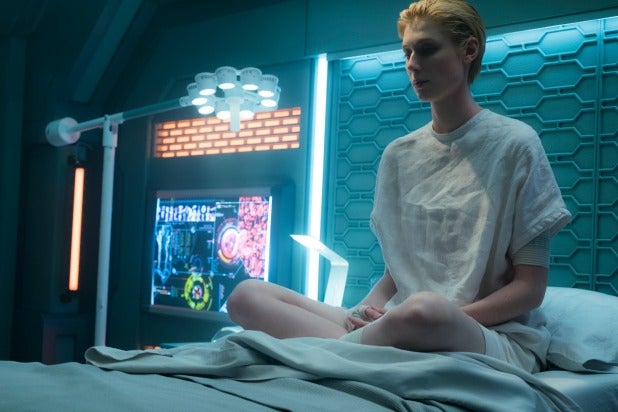 What was up with that whole “Cloverfield Paradox”-to-Netflix thing, Bob Bakish? One media analyst asked the Paramount Pictures-parent company’s CEO exactly that on Viacom’s Q1 earnings call Thursday.

“This was a unique situation that we thought was the right fit for the franchise,” Bakish responded. “It allowed us to take advantage of an attractive audience and really create some pretty compelling economics.”

“We’re going to continue to focus the vast majority of our releases on traditional theaters, and we see a great opportunity there to take share driven by our ’19 slate and beyond,” he continued. “But, given our production capabilities and the landscape, we’re going to continue to look broadly and creatively for opportunities to create additional value for Paramount.”

Bakish then reiterated that the alternative release was “a bit of a one-off.” According to The Hollywood Reporter, Netflix paid Paramount upwards of $50 million for “Paradox.”

As TheWrap reported on Tuesday, selling the third “Cloverfield” installment to Netflix made the movie “immediately profitable,” per one individual with knowledge of the deal. And Paramount could use the money these days — read Viacom’s first-quarter 2018 earnings here.

The insider added that the studio also thought that a surprise streaming release on the night of the Super Bowl would be in keeping with the sense of mystery that has surrounded every aspect of the “Cloverfield” series from its very first trailer for the original film in 2007, which depicted a decapitated Statue of Liberty and did not include a title.

Of course, the studio may also have been aware of the film’s shortcomings if given a traditional release — particularly in light of the critical reception.

Unlike 2016’s “10 Cloverfield Lane,” critics have panned “Paradox,” giving it a 21 percent Rotten Tomatoes score compared to 90 percent for its predecessor.