Clubhouse isn’t just for iPhones anymore, with the live audio app announcing that its new Android app is available in the U.S. starting immediately. 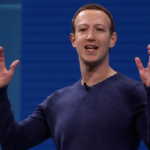 Clubhouse, which was launched a year ago by Bay Area co-founders Paul Davison and Rohan Seth, became one of the most popular apps late last year. The live audio app, which allows users to create digital “rooms” where they can chat about any topic they like, became a go-to spot for many users to connect with new people during the pandemic. It also quickly gained the attention of Hollywood stars like Tiffany Haddish and Ava DuVernay, as well as Silicon Valley bigwigs like Elon Musk and Mark Zuckerberg. (And TheWrap recently covered how the app helped keep stand-up comedians busy while they were unable to take the stage due to the pandemic.)

But that momentum has lagged a bit recently, with app downloads dropping 72% from February to March, according to data from Sensor Tower. Compounding matters for Clubhouse is the fact that it’s already facing plenty of competition from several of the biggest names in tech. Twitter has already launched its own Clubhouse clone, dubbed Twitter Spaces, and Facebook is working on its own copycat app; Spotify also acquired Locker Room, another live audio app, back in March. But by launching on Android, Clubhouse can now fight back against its new competitors with two hands.