CNN climate correspondent Bill Weir wrote and then deleted a tweet made Friday claiming that Republicans were responsible for hastening “the end of a livable Earth” after the Inflation Reduction Act did not receive more support.

The measure would have included $375 billion in spending over the next 10 years focused on clean and renewable energy development as well as financial incentives for lessening dependence on fossil fuels. Additional provisions related to taxes and prescription drugs would have brought the legislation’s expense to nearly $740 billion. The Inflation Reduction Act ultimately did not receive any votes from Republicans in the Senate of House.

In response, Weir tweeted Friday: “Not a single Republican in either chamber voted for the first piece of ambitious climate legislation in U.S. history. Best case, they let their opponents become the party of Industrial Revolution 2.0. Worst case, their obstruction hastens the end of a livable Earth.” 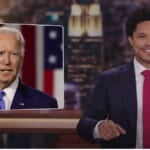 Shortly after, Weir deleted the tweet and posted a subsequent message explaining that he “Deleted a tweet that was poorly worded and did not land as intended. Apologies.”

Though Weir deleted the tweet, the sentiment was similar to the one he expressed in July when Democrats were struggling to garner sufficient votes for climate legislation. At the time, he told CNN anchor Jim Sciutto, “This is hung up on an old-fashioned filibuster, sort of recent, made-up American rules, where the fate of life on earth is at stake and doesn’t seem to match.”

Ultimately, the House voted 220-207 to pass the Inflation Reduction Act on Friday despite the lack of support from Republicans. President Joe Biden is now expected to sign it into law in the upcoming week. The legislation, which covers health care, climate and taxes, passed in the Senate 51-50.

“There are a few days in a congressional career that feel truly historic. To me, this is one of them,” House Majority Whip James Clyburn, D-S.C., said on the floor before the vote, per USA Today. 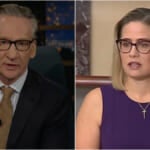