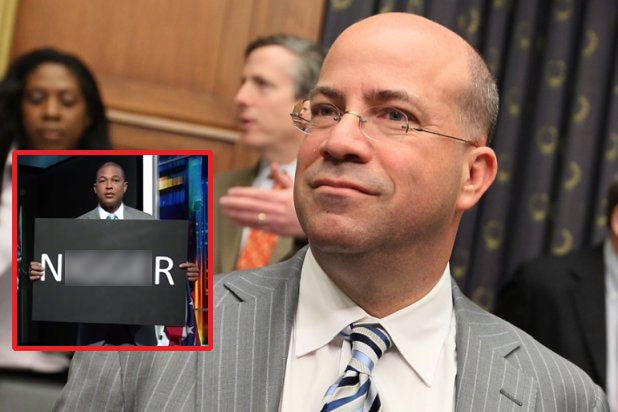 A CNN insider told TheWrap that Zucker was asked about the stunt that opened Lemon’s show in June in the wake of President Obama’s use of the word during a podcast and of the Charleston church massacre.

“Zucker said it’s not something for a daily basis, but Don was trying to make a point,” the insider said. The person who asked seemed concerned with Lemon’s actions, which many media observers condemned as a classless stunt.

Lemon used the sign and the word itself on air several times, drawing criticism from his own guests and colleagues.

As TheWrap reported, Lemon’s antics have paid off in the ratings, a sign that might justify promoting the anchor to the 8 p.m. time slot currently held by Anderson Cooper.