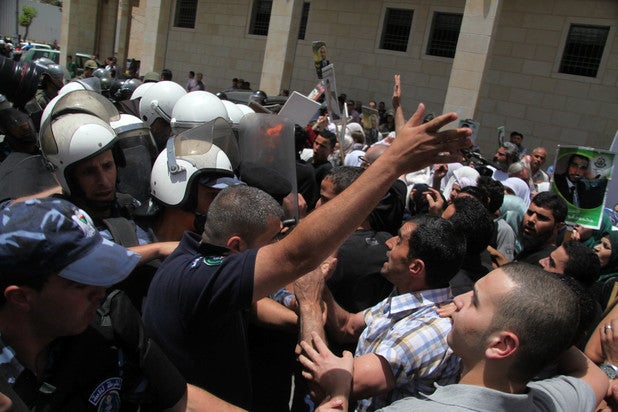 A CNN news crew was attacked in the West Bank city of Hebron on Friday.

According to a CNN report on the incident, Wedeman and his camera man were unharmed besides “a couple of scrapes and bruises.”

Shortly after the attack, Wedeman tweeted:

His camera man, Joe Sheffer tweeted a picture of himself holding a camera which the Palestinian Authority broke.

The Israeli Defense Force (IDF) has launched a massive search effort over the last eight days which has included limiting entry and exit into the West Bank city as well performing random, often violent searches on the population.

Tensions have been mounting considerably over the last week. The news crew was reporting on a demonstration against the Israeli Defense Force at a local mosque in Hebron. The rally, organized by Hamas, was started in support of the hunger striking Palestinian prisoners held in Israeli jails.