“We begin with a deadly escalation of anti-vaccine propaganda in politics and on TV that is risking and costing American lives,” said morning show anchor Brianna Keilar.

Co-anchor John Berman shared alarming statistics about the Delta variant and pointed out, “Ninety-nine percent of people dying from COVID right now are unvaccinated,” then turned to Fox News and Newsmax: “To some, this is just a show — a deadly show.” In a follow-up tweet, he criticized right-wing media for playing “a deadly game.” 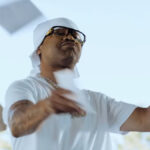 The CNN program rolled clips from Fox News showing hosts like Tucker Carlson saying the government’s push for vaccination could be more about “social control” than curbing the spread of the virus. Keilar paused the rollout of the on-air moments to point out that 607,771 Americans are confirmed dead from COVID-19, then moved on to playing Newsmax clips.

The inclusion of Newsmax was notable given that last week, new polling released by FiveThirtyEight suggested that conservative viewers who watch Fox News are more likely than their Newsmax or One America News-viewing peers to get the vaccine. To be sure, some programming on Fox News has heralded the vaccine. Daytime anchor Harris Faulkner hosted a vaccine-themed town hall earlier this year and hosts like Trey Gowdy have been open about getting the jab themselves.

Watch the “New Day” clip above