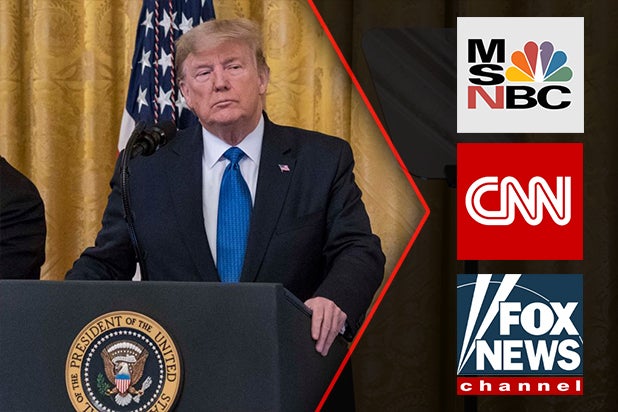 According to Nielsen, from 12:30 p.m. ET to 4:45 p.m. ET Wednesday, CNN brought in a total of 3.804 million average viewers. MSNBC was in second place among the big three cable news networks, pulling in an average of 2.581 million. Fox News delivered 1.391 million average total viewers in that time period.

The impeachment came after Trump was charged with “incitement of an insurrection.” Last Wednesday, pro-Trump demonstrators descended on the nation’s capital to protest the certification of President-elect Joe Biden’s win, which Trump falsely claimed since the election was the result of widespread fraud. At Trump’s urging, a mob of demonstrators breached the Capitol building, sending lawmakers into lockdown and postponing the certification. At least six deaths have been associated with the riot, including those of two Capitol police officers.