CNN+ is diving into the Jussie Smollett case in a new documentary that will explore the events leading up to the actor’s conviction for lying to police about a 2019 attack.

“Chicago vs. Jussie Smollett” will be the first of the platform’s new FLASHDoc series, a documentary unit exploring timely and topical pop culture stories. Each documentary will be a standalone. Along with the announcement of project, CNN+ also released a trailer, which you can watch above.

Smollett, who is Black and gay, claimed he was assaulted on the streets of Chicago after making a Subway sandwich run in the early morning hours of Jan. 29, 2019. Earlier this month, he was convicted of lying to police about the attack. However, Smollett has maintained his innocence throughout the three-year ordeal. Though he was sentenced to five months in jail for the conviction, he has already been released pending his appeal.

The logline for the documentary says Smollett’s name “has become synonymous with a hoax that underscored the larger cacophony of racism, homophobia, and political fissures in America.” 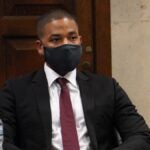 “But behind the former ‘Empire’ star’s stranger-than-fiction saga is a rarely discussed character: the city of Chicago, which had been undergoing its own racial reckoning surrounding the 2014 murder of Laquan McDonald and subsequent coverup,” the description continues. “The Smollett incident pulled Chicago – and its justice system – into a whirlwind of closed-door decisions, pointed fingers, and unanswered questions about crime, punishment, and revenge just as the distrust in law and order was rising to crescendo.”

The documentary is expected to feature never-before-broadcast footage from the night of the alleged attack, as well as the interrogation-room confession by the Osundairo brothers that ultimately led to the charges against Smollett.

“This film offers a provocative and nuanced perspective of a saga that for three years has dominated headlines like no other story,” Eric Johnson, Executive Producer, Program Development for CNN, said in a statement.  “Everyone knows something about this story, but our film explores how the frenzy surrounding Smollett exposed historic fault lines within Chicago’s politics, ultimately leading to infighting, media gamesmanship and the question of justice versus revenge.”