As a resurgence of the COVID pandemic sweeps the country, CNN’s Senior Data Reporter Henry Enten broke down the numbers on “A New Day” Monday and found that viewers who use Fox News as their main news outlet are some of the most vaccine hesitant.

To introduce his findings, Enten revealed which states in general are at the bottom of the list in terms of vaccination rates — including Mississippi, Arkansas, Louisiana and others – and compared it beside data indicating that the percentage of adults with at least one COVID vaccine dose who use Fox News as their main outlet for news consumption lags well behind any other network.

“Just 62% of people who use Fox News as their main news source have at least one dose,” Enten said. “Compare that to ABC/CBS/NBC, 79%. Or this network, and MSNBC, 83%. So, what we see is about 20 points less of the Fox News audience has been vaccinated compared to the people who get their news from say, some other television outlet.” 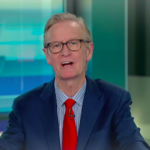 Fox News has, in fact, been promoting vaccines since February, not only doing a PSA but also hosting a primetime Town Hall. Many of its hosts have discussed the positives of vaccines and also promoted receiving the vaccinations on-air and through social media.

Amid continued criticisms like this, Fox News’ Howard Kurtz defended the network on Sunday, citing segments from himself and other hosts that have encouraged viewers to get vaccinated.

“Fox’s rivals are in a frenzy about blaming this network,” Kurtz said. “But there are a lot of voices on Fox News Channel and many, including me, including the anchors who just made a second pro-vaccination PSA, want the tens of millions of holdouts to get the covid shots, and that includes these conservative hosts.” 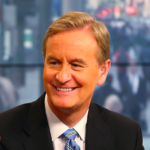