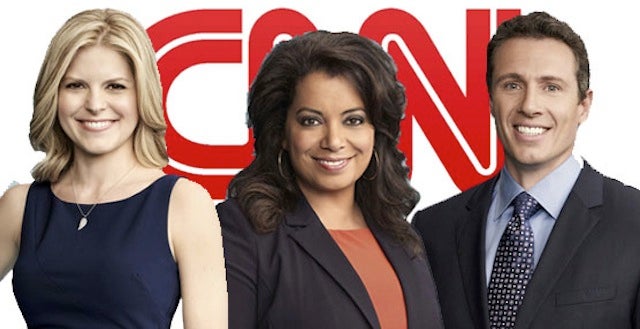 Chris Cuomo, Kate Bolduan and Michaela Pereira have a special strategy for making their new CNN morning show a success:

Co-anchors Cuomo, formerly of ABC's "Good Morning America," and Bolduan, a Washington correspondent for CNN, flew out to Los Angeles to spend time with their new news reader, Pereira, as she wrapped up her stint as a KTLA anchor. And Cuomo helped both women move into their new apartments in New York, where "New Day" will shoot.

They made the effort so they would have an easy rapport before their show's debut Monday morning. Is chemistry really that important to a morning show?

"When you're on camera, what is your big concern? Your big concern is, 'Well, it doesn't really seem like they like each other," Cuomo told TheWrap. "And I don't understand how anybody would be able to say that even on day one of 'New Day.' That part, we're good on."

The three have plenty riding on their show: New CNN chief Jeff Zucker is trying to revamp CNN from the morning up. He hopes to reinvigorate CNN's mornings the way he did NBC's when he executive-produced the Matt Lauer-Katie Couric-led "Today."

But CNN hopes to stay true to its tradition by being newsier than other morning shows. And that, according to Bolduan, means you shouldn't expect many cooking segments.

What advice has Jeff Zucker given you?
BOLDUAN: One of his many talents is recognizing how people get along on camera and off is an important part of the show. You can't fake it on air. And he took the time to find three people who get along, who are good friends personally and professionally, off-camera and on.

But this is a different show. This is a news program. This is CNN. You're not gonna see a kitchen on the show. Our goal is to offer people more news and better news than maybe they've seen before, and with our personalities attached.

TheWrap: How will you fill that much time without a kitchen?
BOLDUAN: I might bring in a crockpot.

CUOMO: CNN is literally one of the last outlets with people all over the world. So while other places have to find ways to fill time because they don't have enough reporters or enough access, we don't have that problem here.

I also think that we'll have opportunities to take advocacy in journalism a little bit more seriously, to let people know that we're gonna walk the walk, not just talk the talk, in being there for them. Taking up their causes, following up on stories. I use as an example when we were in Moore, Okla., recently for the tornado, everyone was talking about storm shelters, and how they need more, and the government should pay for it. And everybody was like, "Hells yeah."

But now, where's that story? Nobody's talking about it anymore. We have the opportunity on this show to pick up those stories and keep going with it and pushing them. It's a big reason I want to get back on TV every day.

Kate, you had the misfortune to be the person who delivered an initial report on the Supreme Court's Obamacare ruling that turned out to be inaccurate. Obviously you were part of a team, and others were involved. But what did you take away from that experience?
BOLDUAN: It was a tough day and tough days happen in the news business. … I will fight you on one point. We are a team, and as a network we fail and as a network we succeed. But it was me in front of that camera and that's one lesson that you learn. You are the face of a story when you are in front of the camera. And it just reinforced the point that we all talk about, but there's no better lesson than when you actually live it in reality.

The three of you have been hanging out together to build friendships before the show starts. What have you done?
BOLDUAN: Michaela still had a job in L.A., so we all went out to L.A. and hung out for a weekend, and we had some fun. We taught each other something that we enjoy doing that you may see on the show. But on a more basic level, I've been up in New York and Chris helped me move into my corporate apartment, which is nice because he's better at carrying boxes than I am.

PEREIRA: He did the same for me. He didn't lift too many heavy items but he did bring over a couple bottles of wine and unpack some things that I deemed manageable for a male to do.

Chris, you're a highly paid anchorman. Did you lug any boxes around or tell the movers what to do?
CUOMO: In addition to what you pointed out I also happen to be unbelievably strong.

CUOMO: One of the good fortunes we've had in starting 'New Day' is we didn’t have to meet on camera. It's hard to do that, because all the little moves toward friendship require time and being able to trust.

What did you do in L.A.?
PEREIRA: We went out and did some activities — I'm not going to give it away because I want you to watch the show. Each one of us had an opportunity to shine, and each one of us had an opportunity to be devastatingly bumbling. I got to see Kate in her moment of glory — where she's completely herself, completely relaxed, and completely the girl from Indiana. I also got to see Chris Cuomo, the highly paid anchorman, be reduced to a fit by a 7-year-old boy …

I feel that I got a chance to show them my Los Angeles, which was quite a delight, because the West Coast has been my home. The west coast of Canada, the west coast of the United States, has been my home my entire life … It was pretty important to me. But it also gave me an opportunity to show them some of the things that are happening in L.A., so they'll understand why I'll fight for those West Coast stories.