CNN didn’t hold back from tearing down Sen. Ted Cruz this week after the Texas Republican criticized the network and its reporting on the developing situation in Afghanistan.

It all started when Cruz retweeted a video of CNN foreign correspondent Clarissa Ward in the field in Kabul. The video was originally posted by right-wing talking head Jack Posobiec, who was once a correspondent for OANN and is now a noted serial liar and conspiracy theorist.

In the clip, Ward says the crowd in Kabul is “chanting ‘death to America,’ but they seem friendly at the same time. It’s utterly bizarre.” 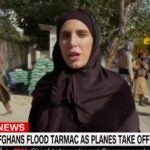 “Is there an enemy of America for whom @CNN WON’T cheerlead? (In mandatory burkas, no less),” Cruz tweeted Monday morning.

The CNN Communications Twitter account wasted no time eviscerating Cruz for his terrible take. The news network also took the opportunity to remind us of how the senator jetted away from constituents in Texas last winter during a deadly blizzard and power grid failure to briefly vacation with his family in Cancun — earning him the nickname “Cancun Cruz” and prompting a pretty hilarious “Saturday Night Live” spoof with him played by cast member Aidy Bryant. 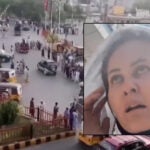 “Rather than running off to Cancun in tough times, @clarissaward is risking her life to tell the world what’s happening. That’s called bravery. Instead of RTing a conspiracy theorist’s misleading soundbite, perhaps your time would be better spent helping Americans in harm’s way,” the network tweeted on Monday.

The Texas senator has yet to respond to CNN, and it’s unclear if he will. Either way, CNN’s reply prompted some rejoicing on social media because, frankly, Cruz tends to be one of the politicians people love to see taken down verbally. 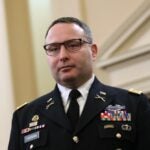 “I would like to report a murder,” health economist Eric Feigl-Ding joked in reply.

In the original CNN video, Ward is reporting from the streets of Kabul wearing a hijab scarf that covers the majority of her upper body. This spawned some (borderline racist) memes attempting to “prove” Ward was wearing the head covering to somehow submit to the wishes of the Taliban, which now controls nearly all of Afghanistan following the U.S.’ slow exit from the formerly militarized state that was finalized this June.

However, it more likely was a safety issue — Ward said the streets of Kabul were filled with primarily Taliban members and said at one point she was made to “stand aside” for being a woman.

Ward clarified in her own post on Twitter that she’s been wearing head coverings while reporting in Afghanistan out of respect for the culture she’s reporting on. “I always wore a head scarf on the street in Kabul previously, though not w/ hair fully covered and abbaya,” she explained.