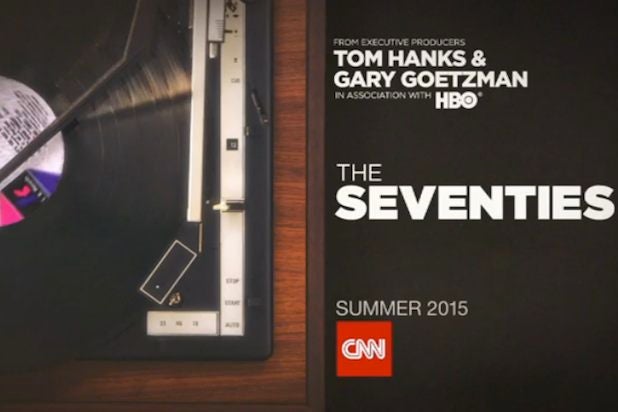 The success of “The Sixties” on CNN has led to “The Seventies.”

Executive produced by Tom Hanks, Gary Goetzman and Mark Herzog of Herzog & Company, the CNN Original Series will pick up next summer where the 1960s left off, examining the decade through its politics, culture and historic events.

The premiere episode, “Television of the ’70s,” will guide viewers through the social currents of the time, reflected in shows like “M.A.S.H.,” “All in the Family” and “The Mary Tyler Moore Show.” Additionally, the episode will examine the establishment of two of the most successful franchises in television history: “Monday Night Football” and “Saturday Night Live.”

See video: Megyn Kelly Reacts on 'SNL' Portrayal: Voice Needs to be Deeper, 'Something Else' Smaller

Other topics that will be covered in each hour-long installment include the Vietnam War, President Nixon’s Watergate scandal, the Iran Hostage Crisis, the sexual revolution, the massacre at the Munich Olympics and the kidnapping of Patty Hearst.

A premiere date has not yet been announced.

“The Sixties” topped the cable news demo when it premiered last May. The episode dedicated to television history averaged 284,000 viewers in the key 25-54 demo.

“CNN is now also about all types of storytelling. And we proved that again last night with the successful launch of the new CNN Original Series, ‘The Sixties,'” president Jeff Zucker said at the time. “CNN is evolving. Our commitment to news, investigative journalism and inspired storytelling is what we are all about.