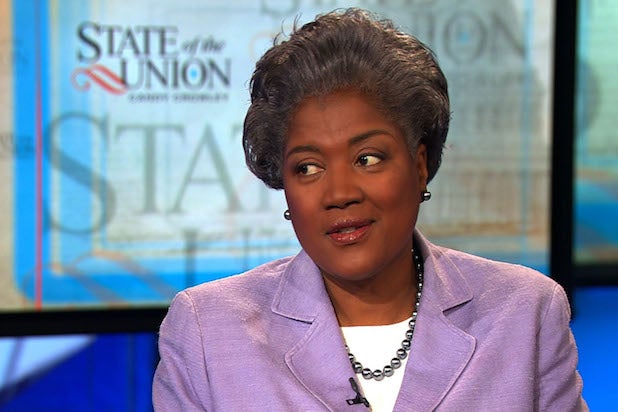 Zucker also said in a Tuesday editorial meeting that Brazile’s behavior “hurts all of us,” adding, “I have no tolerance for her behavior or that kind of behavior.” He stressed that CNN employees working on the events did not provide Brazile with the questions.

The quotes were first reported by The Huffington Post, but a person with knowledge of the situation confirmed them to TheWrap.

Also Read: Megyn Kelly Rips Donna Brazile: 'Can You Imagine If This Were a Republican?' (Video)

Recently-leaked emails indicate Brazile sent town hall and debate questions to the Clinton campaign before the CNN events during the Democratic primary race against Bernie Sanders. CNN cut ties with Brazile earlier this month, but didn’t say so until Monday, after news of the leaks broke.

“On October 14th, CNN accepted Donna Brazile’s resignation as a CNN contributor. (Her deal had previously been suspended in July when she became the interim head of the DNC),” CNN said in a statement. “CNN never gave Brazile access to any questions, prep material, attendee list, background information or meetings in advance of a town hall or debate. We are completely uncomfortable with what we have learned about her interactions with the Clinton campaign while she was a CNN contributor.”

Brazile, who works as both a Democratic strategist and pundit, was vice chair of the Democratic National Committee for part of the 2016 election, and became interim DNC chair in July after Rep. Debbie Wasserman Schultz stepped down over Wikileaks’ release of emails that indicated the DNC aided Clinton’s campaign in the primary instead of remaining neutral, as it is supposed to do.

In an interview last month, Fox News’ Megyn Kelly pressed Brazile on who had given her the questions, which were not supposed to be shared with anyone in advance.

“You had this question on March 12 that verbatim — verbatim — was provided by Roland Martin to CNN the next day,” Kelly said. “How did you get that question?”

“I did not receive any questions from CNN,” Brazile responded. She also said at the time, “As a Christian woman, I understand persecution. But I will not sit here and be persecuted because your information is totally false.”

Tapper has called the leak “horrifying.” Meanwhile, CNN’s Brian Stelter has reported that Martin “did not deny sharing information with Brazile.”