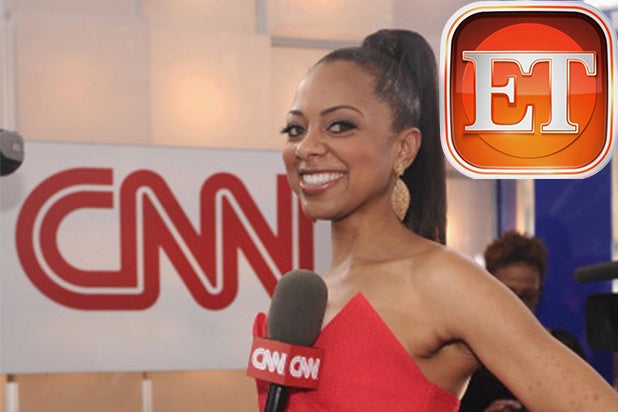 CNN Entertainment correspondent Nischelle Turner is leaving the cable network to join “Entertainmnet Tonight,” two individuals with knowledge of the situation told TheWrap. She will serve as a correspondent for “ET,” and will likely start appearing on the show in time for the November sweeps, the individuals said.

A spokesperson for “ET” declined to comment, and a representative for CNN has not yet returned TheWrap’s request for comment.

Turner joined CNN in December 2011 in the network’s Los Angeles bureau as a reporter for “Showbiz Tonight,” and was later transferred to New York to contribute entertainment segments to morning program “New Day.”

Over the past two-and-a-half years, she helped lead CNN’s red carpet coverage of the Grammys, Golden Globes and Oscars, and hosted a series of entertainment specials. Turner also reported live across various CNN platforms on the death of  music legend Whitney Houston.

Turner joins “Entertainment Tonight” following an upheaval of the show’s on-air talent. In July, TheWrap exclusively reported that former CNN meteorologist Rob Marciano was exiting the show after just 18 months on the job. He subsequently signed on as a meteorologist at ABC News.

Marciano was replaced by Kevin Frazier, formerly the co-anchor and managing editor of the syndicated magazine “The Insider.”