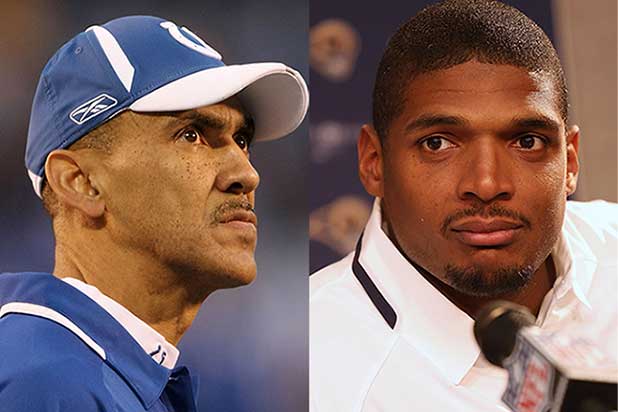 Tony Dungy made history as the first African-American head coach to win a Super Bowl in 2007. But there’s one barrier Dungy admits he wouldn’t want to touch — drafting the NFL’s first openly gay player.

“I wouldn’t have taken him,” Dungy said about Michael Sam in an interview Sunday with the Tampa Tribune. “Not because I don’t believe Michael Sam should have a chance to play, but I wouldn’t want to deal with all of it.”

Sam, a rookie defensive end on the St. Louis Rams, was drafted 249th overall in May. But Dungy thinks there’s a downside.

“It’s not going to be totally smooth,” he continued, adding “things will happen.”

It’s unclear what “things” Dungy was referring to.

Dungy is retired and currently works as an NFL analyst for NBC. At least one sports writer has taken issue with his comments.

“[T]his is a disappointing stance from the first African-American coach to win a Super Bowl who dealt with racially-based backlash for he and his family at times,” said Will Brinston of CBS Sports. “Dungy literally wrote (the foreward of) the book pushing for “Equal Coaching Opportunity in the NFL.”

The Rams kick off their 2014 preseason schedule on Friday, Aug. 8 against the New Orleans Saints.

Sam, who received the Arthur Ashe Courage honor at the ESPY Awards on July 16, is hoping to make the final roster for the opening game.

NBC has not yet responded to TheWrap’s request for comment.