It’s been less than two months since Democrats celebrated gaining control of the 50/50 Senate with Vice President Kamala Harris on tiebreaker duty, but maybe they got ahead of themselves a little bit. Democratic senator Joe Manchin of West Virginia has repeatedly gone out of his way to sabotage his own party’s agenda, and “The Late Show With Stephen Colbert” marked his stubborn resistance to progress with a parody of country folk song “Cotton Eye Joe.”

The parody came at the beginning of Tuesday’s episode of “Colbert” as the usual cold open. Before the song played we got a short briefing on Manchin’s obstructionism, with a focus on his opposition to a $15 minimum wage. Manchin instead suggested a hike to $11, almost exactly halfway between the current minimum and the proposed $15. That’s where the “Compromise Joe” thing comes from.

Manchin has also opposed the elimination of the filibuster, which would ultimately mean the Democrats won’t be able to pass their agenda even when Manchin is on board.

It’s not a coincidence that when you type “Joe Manchin” into Google, the first autofill result is “Joe Manchin Republican.” 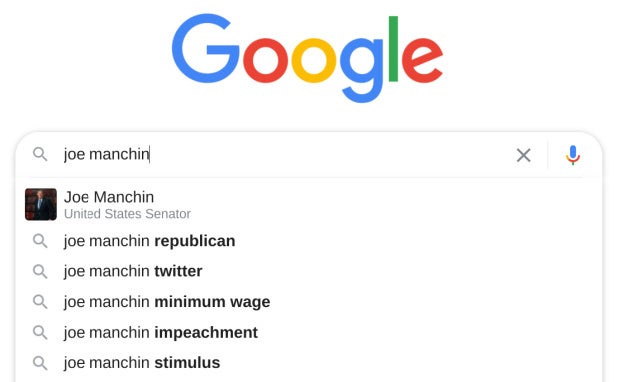 You’ll need to watch the video itself to understand a couple lines from the “Colbert” reworking on “Cotton Eye Joe,” and you can do that down at the bottom of the page.

Here are the lyrics:
Senator from the state with the coal.
Jeopardizing Democrats’ control.
Gotta have him for a bill to go.
What do you want now, Compromise Joe?
How will he vote? Don’t nobody know
Goes whichever way the wind blows
All for progress as long as it’s slow
Right down the middle, he’s Compromise Joe
Sometimes he would side with O
Sided with Trump on the border wall though
When it comes to immigrants
Where should they go?
Send em on back to Mexico
Left or right, he’s neither of those
Let’s make a deal, he should be the host
What’s this the cover of Abbey Road?
Come together now, Compromise Joe
Green energy bills, he says ‘no’
Shoots them down like a buck or a doe
One thing for certain about him we know
He’s shorter than Shaq, he’s Compromise Joe

Also Read: Kimmel: Trump's Impeachment Defense Was 'Like a Seinfeld Routine Without the Punchlines' (Video)

Watch the “Colbert” video below.