Stephen Colbert delivered a wide-ranging monologue on “The Late Show” Thursday night — unfortunately, the latest bombshell Michael Cohen news dropped after they taped — but Colbert was still worth watching for a monologue that contained some solid zingers about one of the weirder recent developments in the Mueller investigation.

“The Russia investigation grinds on. And we just learned that Robert Mueller has been examining Trump’s tweets. Some of us do that every day, sir,” Colbert said. “Just a warning: before you open up his feed, I recommend putting on goggles and freebasing some Dramamine.

“Mueller’s building a case for obstruction of justice, and Trump’s tweets could be a big part of that. Especially his attacks on Attorney General Jeff Sessions and James Comey. And if Mueller ever gets his interview with Trump, he wants to question the president about the tweets. So do I. I have so many questions. Like: What’s with all the dot-dots? How do you decide what to capitalize? And do you tweet after or instead of flushing?”

Also Read: Seth Meyers Has One Big Question for Trump: 'Why Are You so Weird, Dude?' (Video)

Colbert also had a joke about one of the lower-key Trump stories of the week — a pretty positive story, in fact. The setup on this one is pretty lengthy, but it’s worth it to stick around for the punchline.

“Here’s something different: Trump made an agreement with a non-dictator. President of the European Commission, Jean-Claude Juncker, seen here meeting Trump for the first time,” Colbert said as this image appeared on screen. 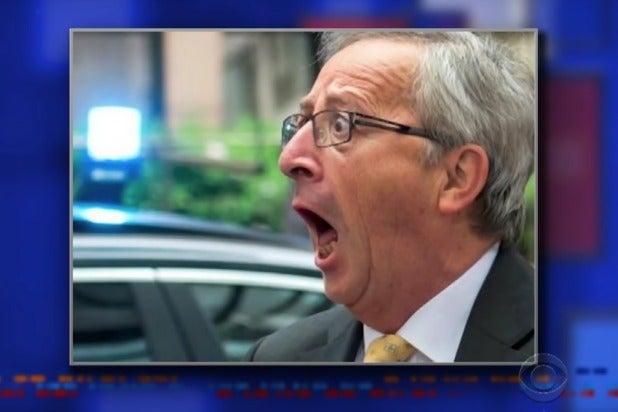 “Trump and Juncker met at the White House yesterday and Juncked an agreement out of their butts to de-escalate our trade war with the EU. Europe kind of agreed to buy some more soybeans or something and maybe some liquefied natural gas — it’s kinda vague — and in return, Trump agreed not to impose hefty tariffs on European cars,” Colbert explained.

“And he was thinking about it, seriously, because associates say, ‘Trump is enraged by all the BMWs and Mercedes-Benzes he sees in the U.S.’ Yes, those Mercedes-Benzes, they’re everywhere. I hear one even managed to sneak under the president’s butt.” 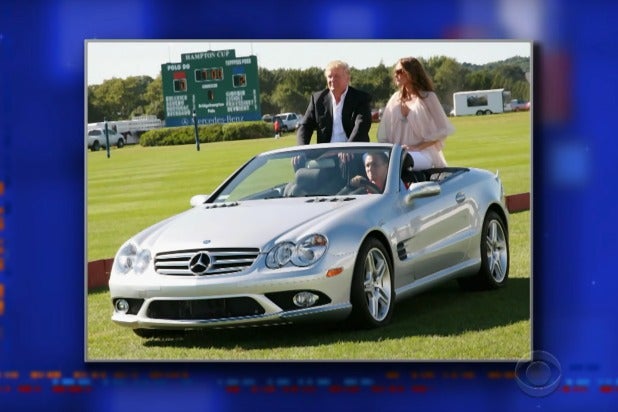 You can watch this portion of Colbert’s monologue from Thursday’s episode of “The Late Show” in the video embedded at the top of this post.