So, it came out this week that David Fincher’s 1999 cult classic “Fight Club” has been HILARIOUSLY censored in China. Instead of the film’s actual ending — Jack/Tyler Durden successfully pull off a terror attack against the companies that hold everyone’s credit records — the Chinese edit abruptly ends with text on a black screen assuring audiences that authorities figured out the plot and arrested everyone.

That got a lot of people talking. And it also inspired a fairly amusing “The Late Show With Stephen Colbert” cold open on Thursday, which imagines how other classic films might end up censored in China.

First up, it’s “Star Wars: A New Hope.” In Colbert’s censored-in-China version, immediately after Luke successfully blows up the Death Star, this text appears: “The Empire quickly rebuilt the Death Star and imprisoned the rebel protesters.”

After that it was “The Sixth Sense.” In Colbert’s censored-in-China version, right after Haley Joel Osment tells Bruce Willis, “I see dead people,” the film cuts to a black title card that says: “The only dead people the boy saw were dissidents. Respect authority.” 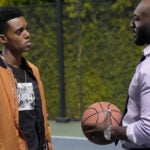 Next was “Soylent Green,” the 1973 dystopian sci-fi film starring Charlton Heston. For those who haven’t seen this classic, in the far future year of — oh my god — 2022, America is authoritarian, mired in inequality and the vast majority of people live in abject poverty, their only sustenance provided by the Soylent corporation. Of course it turns out that the company’s popular Soylent Green food is actually made by recycling the bodies of people killed by the state, hence Heston’s famous last line, “Soylent Green is people!”

Anyway, in Colbert’s censored-in-China version, the movie cuts to black right as Heston says “Soylent Green is.” And then text: “Steamed pork buns.”

Finally, the gag ends with a clip from the 1985 teen dramedy “The Breakfast Club,” which abruptly ends with text that says: “The disrespectful youths were eventually placed into re-education camps except for the Judd Nelson character who was executed by a firing squad.” 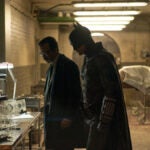