Colbert kicked things off with a cold open gag — as always, inspired by real stuff — that imagined a restaurant tailor made for people who won’t get vaccinated.

Using as a jump off point the recent news of a mob of antivaxxers who went to the Olive Garden in Times Square, New York City, demanding to be served despite refusing to comply with the restaurant’s COVID policies, the gag was a fake ad for “COVID Garden. The only restaurant chain with absolutely no health regulations.” 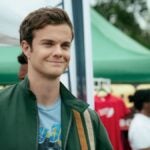 Also Read:
‘The Boys’ Season 3 Is ‘Even More Messed Up’ Than Previous Seasons, Jack Quaid Says

“Mmm, just like mom used to contract,” the ad promises.