“The Boys” is one of the most outrageous television shows currently airing, so when star Jack Quaid says that the upcoming third season is “even more messed up” than what they’ve done before, it must be pretty extreme.

TheWrap recently spoke with Quaid about his role in the just-released fifth “Scream” entry (also simply titled “Scream”), and had to ask about how the third season of the Amazon Prime Video original series was shaping up.

“I think this season is our best yet. I’m very biased obviously, but it’s a season that’s even more messed up than the ones we’ve done so far. There’s a lot of those signature messed up ‘Boys’ moments,” Quaid said.

Earlier last year, showrunner Eric Kripke teased on Twitter that the show would be adapting one of the most infamous storylines from Garth Ennis and Darick Robertson’s comic book series, “Herogasm.” That alone should earn it the “most messed up” title. 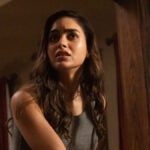 If you haven’t watched “The Boys,” it is about a group of vigilantes attempting to bring down a team of corporately controlled superheroes by exposing their morally compromised god complex to the world and also occasionally killing them. It is wild and wildly entertaining, and has amassed an ardent fan base that has spurred Amazon to order an animated spinoff series and a prequel series to expand the franchise.

But Quaid stresses that “The Boys” Season 3 won’t just be a repeat of what’s come before (granted, what’s come before has included a psychopathic Superman-type hero destroying people with his laser vision, implied sexual relationships between humans and marine life and more exploding heads than we can count).

“I think we tackle a lot of new territory. I think you see our characters in places that you’ve never really seen them before,” Quaid said. “I’m just so excited for people to see it. That’s going to be awesome. I don’t know. I don’t know what else to say besides, I think I had the most fun shooting this season compared to the others because all of the actors now, and the crew, we’re just this big, huge family It just feels like second nature at this point and I love it. But I’m really proud of what we did and I can’t wait for people to see it.”

“The Boys” returns to Prime Video on June 3. You’ve been warned. 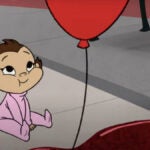 Also Read:
‘The Boys’ Animated Series Gets Premiere Date and a (Gory) Teaser From Amazon (Video)