Like a lot of people, including her own constituents, Stephen Colbert is getting a bit tired of Arizona Democratic Senator Kyrsten Sinema. And so it is that on Thursday’s episode of “The Late Show” he mocked the hell out of her using repurposed footage from the classic Al Pacino movie “Dog Day Afternoon” to make clear just how incoherent and impossible-to-deal-with she’s being.

So by now you’re probably familiar with Sinema, who has spent 2020 basically taking back every policy position she’s ever expressed and then immaturely trolling people who feel betrayed. She’s been in the news a lot this week primarily because she is a big reason why President Joe Biden’s legislative agenda might fail.

So, it’s really complicated, but what happened is, several months ago the conservative and progressive wings of the Democratic caucus reached an agreement to enable passage of Joe Biden’s “build back better”-branded legislative agenda. Progressive agreed to support a limited, bipartisan infrastructure bill in exchange for conservative Democratic support for a reconciliation bill containing a much more ambitious agenda. And crucially, both bills were to be passed at the same time to ensure all parties acted in good faith. 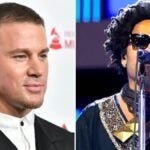 But this month, conservative Democrats, particularly West Virginia Senator Joe Manchin and Sinema, have essentially broken that agreement, finding all sorts of reasons to oppose the reconciliation bill. And Sinema has provoked outsized frustrated rage in part because, in addition to yet again trolling instead of engaging, she also has consistently refused to say what she even wants, apparently as part of an attention-getting ploy.

And that’s what Colbert mocked in his cold open gag, which as always started with a recap of the situation. Then, a clip from 1975’s “Dog Day Afternoon” begins. The clip is one of the interactions between Pacino’s hostage-holding bank robber and police, but the dialogue is redubbed so that Pacino makes everything worse by refusing to say what he even wants.

“Come on, what do you eve want,” one of the cops finally says.

“Nothing, I just kinda like the attention,” Pacino says. Ouch.