We’re betting you already know, but for those who don’t, the Pacific Northwest is currently being pummeled by a historically terrible heatwave that is a direct result of climate change. Things are particularly grim in Seattle, Wash., which saw its hottest recorded temperatures ever on Sunday.

It’s a terrifying taste of things to come, but it was also the source of an amusing cold open joke on Monday’s episode of “The Late Show With Stephen Colbert.” The gag imagines what the upcoming revival of “Frasier,” which took place in Seattle, might look like if it took these climactic disasters into account. The result is that Dr. Frasier Crane is too zonked out by the heat to offer advice — not that it matters, since the citizens of Seattle are all being burned alive in the heat.

The clip begins with a brief recap of the nightmarish things mentioned above, then transitions to a new version of the “Frasier” opening titles, this time where the sun burns the city of Seattle out of existence. Then we see repurposed scenes from the classic NBC comedy, where Roz (Peri Gilpin) and Frasier (Kelsey Grammer) are sleeping, presumably because of the heat. The phone rings, Frasier’s answering machine picks up and on the other line is someone who sounds like the Wicked Witch of the West from “The Wizard of Oz” is screaming in agony. 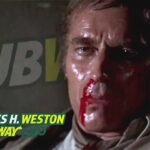 Climate change might not be remotely funny, but nearly 20 years after going off the air, even a parody of “Frasier’ still kind of is.