“The Late Show with Stephen Colbert” opens each show with a goofy little skit making fun of Donald Trump and his supporters the same way Colbert does in his monologue, and the opening sketch on Monday’s episode was particularly amusing.

The skit took aim at the fact that some folks in the Trump administration, like Sarah Huckabee Sanders, Kirstjen Nielsen and Stephen Miller, seem to be having trouble finding a restaurant to eat at without getting heckled by protesters or straight up told to leave by the staff for being, well, a member of the Trump administration. “The Late Show” has a solution for them.

That solution is a restaurant that moves — because it’s in the back of a large black van. 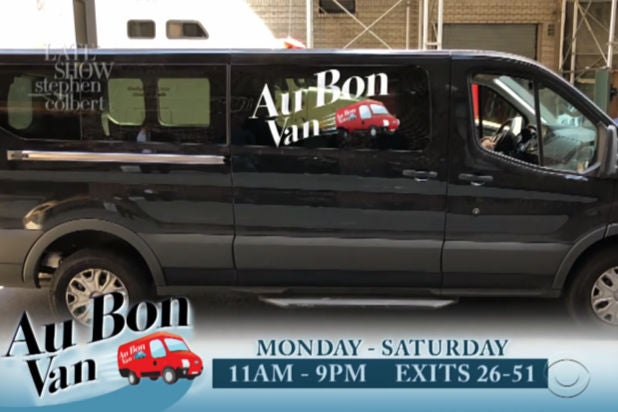 Also Read: Colbert: If Trump and Manafort Were Any Closer, 'They'd Be Wearing One Long Tie' (Video)

The skit took the form of a TV ad, which featured the following narration:

“Are you a member of the Trump administration who wants to dine in peace? Come on down to Au Bon Van’s mobile eatery conveniently located in the back of a moving van so it has no fixed location. It’s the perfect place to enjoy a quiet meal. After all, protesters can’t harass what they can’t catch. To book a reservation, simply give us your location and put on comfortable shoes because the van never stops. in fact, our driver will drop you off at a location of your choosing in your own personal skid bag. so visit Au Bon Van today, if you can catch us.”

Though out the sketch we see clips from various movies in which a large black van tears through traffic. The end of the ad — the part about how patrons of the moving restaurant will be dumped in “your own personal skid bag,” ties into the big chase from “Bad Boys II” in which Will Smith and Martin Lawrence are chasing a mortuary van which keeps dropping corpses in the street. One of those corpses is a happy customer of Au Bon Van. 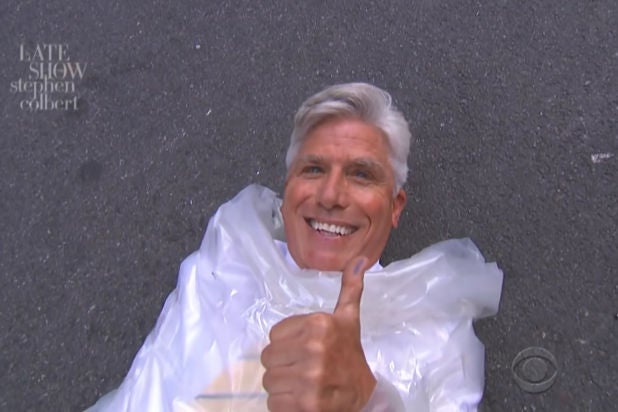 You can watch the full bit in the video embedded at the top of this post.